How artificial intelligence will change our world

The core technologies involved in AI are moving at breakneck speed 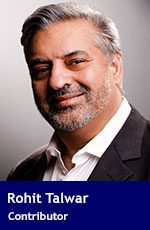 When we think about the next two decades, two existential questions dominate the conversation among futurists and foresight researchers. The first is whether we can prevent the potentially devastating impacts of climate change. The second is what the relationship between technology, humans, and money might look like after 20 years of advancements in artificial intelligence and the technologies to come. Today, I will explore the second question – the first is for another time.

By 2042, will robots and AI really have ‘taken our jobs’? If so, which ones? And what will this mean for the rest of the workforce and society?

The core technologies involved here are moving at breakneck speed. While we are aware of some of what’s happening, the rate of change and the speed of advancement means that, to a large extent, the revolution is not being televised. Every day we see examples of ever more dexterous robots. In most applications, they are already faster, more accurate, and more consistent than the humans who might otherwise have performed those tasks. From bricklaying and restaurant kitchens to surgery and goods distribution, the adoption of robotic technology is accelerating.

We are already familiar with fully automated ‘lights out’ facilities in manufacturing and warehousing. As the technology becomes faster, more agile, and capable of a growing number of tasks, the range of feasible uses of robots will undoubtedly expand, potentially exponentially. It is hard to think of a task involving human physical activity that couldn’t be wholly or significantly replaced by robots. From refereeing football matches to childcare – every activity is in the sights of roboticists.

Artificial intelligence (AI) is advancing at a breakneck pace, and, by 2042 if not sooner, it is entirely feasible that we will have reached the goal of many in the field – that of creating artificial general intelligence (AGI) or artificial super intelligence (ASI). These are forms of AI that are as smart or smarter than humans in pretty much every cognitive task we perform – although consciousness and spirituality might take a while longer.

Already, DeepMind’s ‘Generalist AI Agent’ can outperform its human equivalent in over 65 per cent of the 600 tasks it can perform in parallel. Combine AGI/ASI with robotics and the scope is almost unimaginable and very frightening for those who haven’t been paying attention.

Even those who think AI can never replace us are shocked by how capable the technology is becoming and how quickly it is eating away at our domains of expertise. Within 20 years, it is highly conceivable that many organizations will have been hollowed out – shedding 70, 80, or even 90 per cent of their workforce. The remaining roles might be those requiring deep creativity, expertise, and regulatory understanding. We are also likely to preserve those activities where people skills are still essential – such as handholding customers through the resolution of complex multi-dimensional issues, relationship development, partnership building, and collaborative cross-organizational working.

While the technology will become more functional month on month, the question will be how far we will go in its deployment. Firms and organizations committing to maintaining a certain level of jobs may find that commitment challenged when others go deeper and faster in their tech-for-human replacement process. It may be hard to compete in the face of faster, more efficient, and lower-cost entities.

Could universal basic income become a reality by 2042? How might it work in practice – and what would be the impact on the world?

The unprecedented scale of job replacement that AI and robotics could bring about raises massive and existential issues about what do we about those who are most impacted and how they can get the money required to feed, house, and clothe themselves and their families. Indeed, AI may have penetrated so deeply into government that the technology itself may be answering these questions – potentially bringing radically new ideas and solutions beyond the imagination of mere humans.

At the centre of the solution lies the imperative of helping people understand the scale and speed of the changes coming their way and recognize that they have to take responsibility for their own learning and skill development. These are essential to ensuring individuals across society can continue to earn a living in the future. No government wants to admit the scale of the challenge – and hope remains the core strategy in most nations.

There are very practical steps that can be taken to smooth the transition – even if we can’t solve the problem completely. At the most fundamental level, we need a big conversation across society about how technology is challenging and changing all our baseline assumptions and societal tenets – which typically have pre-digital roots from the last century. Work and wages may no longer need to be the basis of economies. One view is that supersmart technologies could take care of growth and make us all wealthier without having to work. Indeed, preparing people to use near-infinite leisure time productively could become the overarching policy challenge. Again few governments want to have that conversation right now.

We can do very practical things to manage the transition in the near term. These would include accelerating the development of new industries, encouraging people to start their own businesses, and a massive expansion of support for the arts from theatre to painting.

The emergence of these new job opportunities will require massive upskilling and reskilling, in parallel with raising awareness and shifting mindsets. The encouragement of lifelong learning and the constant pursuit of new knowledge could be supported by training grants, government negotiated discounts on all we purchase and tax incentives. Enlightened self-interest would suggest that foregoing some taxation revenues today may cost a lot less than funding a massive rise in unemployment benefits tomorrow.

Key to managing the transition to this post-AI society will be the role of some form of guaranteed basic income scheme. We have already seen versions of this in action during the pandemic.

There are many different views on how such basic income schemes would operate. Some say we already have them in the form of unemployment benefits and social security payments. Others accept that the payments may need to be higher but want them means tested. The hardcore proponents of guaranteed basic income (GBI)/universal basic income (UBI) schemes would argue that the payments should be made to everyone without any form of means testing. Inevitably, this is a major sticking point in the debate. While there are successful UBI trials around the world, they haven’t yet won over the skeptics and those philosophically opposed to the idea. That said, a growing number of governments are at least evaluating the idea, and it is increasingly featuring in the manifestos of political parties worldwide.

From where we stand today, it seems that the most widely adopted model will be some form of transitional basic income to support those undergoing retraining to take up a new career, enter a different profession, or start their own business. This might be supplemented by some form of loan that the individual begins to repay once they have achieved a certain income level.

Inevitably, reactions to UBI are likely to vary quite dramatically. Some may welcome their introduction as a human and forward-looking solution that helps society to transition to new possibilities as AI eats away at our past. Inevitably, some may stigmatize those in receipt of UBI – particularly those coming from jobs and professions that they felt were immune to technological transformation. At the extremes of the spectrum, ideologues will argue that the schemes are not pure enough to be classified as true UBI, with the counterargument that this is nanny state communism to be resisted at all costs.

The medium- to longer-term future is naturally uncertain. However, the last two years have taught us that changes next year, next month, next week, and even tomorrow can turn our world on its head. They can bring developments, shifts, shocks, and opportunities that challenge our fundamental assumptions and transform the world around us. They can force a radical rethink of our place, our purpose, and our strategies for survival and growth in this world. Central to that process of rethinking everything will be robotics, AI, the future of jobs, and how we will get the money to live.

Rohit Talwar is the CEO of Fast Future Research, a global research and consulting company specializing in identifying future growth industries and helping governments and global companies explore and respond to the sectors, ideas, trends, and forces shaping the next five to 20 years.