This is part 3 in our series Road to Reconciliation
Reading Time: 5 minutes

Editor’s note: Indigenous communities across Canada are learning how to prosper in a new era of co-operation in oil and gas development. Setting aside old grievances, industry, government and First Nations communities are working together to ensure that, as equal partners, Canada’s Indigenous peoples enjoy employment and sustainable growth trickles down to them. 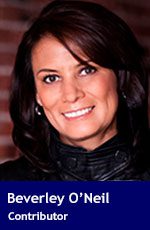 When corporations wait until government directs them to consult with Indigenous Nations, that relationship is then driven by federal and provincial laws and the lawyers they hire. And, as Chief Sophie Pierre says, “Corporations have to stop being dependent on lawyers.”

Lawyers see everything from the perspective of Canada’s civil law system, which is rooted in British common law traditions. Such laws are not based on Indigenous values, perspectives, and rights and title.

When the law is the foundation of the relationship, there’s little consideration of anything else.

In Secwepemc traditions, tree is Mother. She is a life-giver and consequently is integral to Secwepemc spirituality. Coastal First Nations see water as land and the salmon as their ancestors.

“When any part of Earth – animals, air, trees, water, soil – are harmed, there are repercussions throughout the entire eco-system,” says Harold Aljam, co-ordinator of economic development for the Coldwater Indian Band. “These problems don’t go away. They affect every part of who we are. We’re here and will be here long after companies leave and their shareholders profit.”

Companies offer cash settlements to Indigenous Nations to mitigate impact. However, Indigenous people don’t see the same value in money as those who offer it.

“When you disconnect the people from the land, we lose who we are,” Pierre says. “You can’t put a price on who you are.”

Courts will assign a value to an impact based on their perspective. Yet Judith Sayers, president of the Nuu-Chah-Nulth Nation, says courts know little of the importance and connectedness these impacts have on Indigenous people, our culture and our future.

“How can they (courts, others) decide on what they don’t understand?” Sayers says. “We brush away our footprints to keep sacred sites protected, yet in a tribunal, we are required to disclose these.”

The requirement to publicize these places clashes with Indigenous customs that require knowledge keepers protect these for their seventh generation, which is what their ancestors did for them. While ‘honouring our ancestors’ is a role of chief and council, it’s also the duty of a community member, group, clan or house, and hereditary chiefs where they exist.

“It’s incumbent on the company to work with First Nations,” says Sayers.

A hydroelectric development on Vancouver Island shows how well an energy project can work when there’s proper consultation. The Hupacasath First Nation, located on the island’s west coast, worked with their project partners (Synex Energy Resources Ltd., Ucluelet First Nation and City of Port Alberni) on run-of-river green hydroelectric initiative right from when it was conceived.

With 28 watersheds in their traditional territory, it was imperative the Indigenous Nation be involved in determining the site with the least environmental impact. Sayers says China Creek on Alberni Inlet was chosen as it has a set of impassable falls that has no anadromous fish – i.e., fish that swim upriver to spawn.

“A lot of money was spent to do it right,” said Sayers.

Applying the principle of free, prior and informed consent (FPIC) ensures the Indigenous Nation’s values and beliefs are incorporated throughout the project from concept to terms of reference, project mapping, selecting experts, reviewing and approving studies.

For energy companies to succeed, they must ensure conversations with Indigenous peoples be conducted with top executives – decision-maker to decision-maker. For example, the initial meeting between the corporation and Indigenous Nation chief and council must involve the company CEO. The CEO is also expected to spend time with the community and its citizens, like hereditary chiefs, elders, youth and Indigenous knowledge-keepers.

For these engagements to continue, corporations must ensure Indigenous Nations have the funding they need to participate and are included in the project at every stage. Corporate leaders’ commitment to Indigenous Nations must flow throughout the relationship. When jobs are promised, for example, corporations have an obligation to ensure managers and subcontractors carry through on those commitments.

Waiving confidentiality requirements helps to build trust by ensuring transparency. Indigenous Nations fear that negotiators for corporations share information with each other and that such information can be used against them in future talks.

Shared territories and overlaps require working with more than one Indigenous Nation and sometimes what one nation values, another may not.

“When a First Nation says ‘No,’ the company must respect that and leave them alone,” says Sayers.

For more than 20 years, the Ktunaxa battled a developer who pushed to build on a sacred site that another Indigenous Nation granted permission to develop on. Today, the Ktunaxa are working with a corporation that recognized the value of free, prior and informed consent, and contacted them at concept stage.

Respectful approaches such as this lay the groundwork for enduring relationships.

Beverley O’Neil (Kławum’ Paŧki) is a citizen of the Ktunaxa Nation, and is a writer, journalist, researcher and media relations adviser. She owns O’Neil Marketing & Consulting, and Numa Communications Ltd.

Next Monday: Kerry Jothen writes that oil and gas companies recognize that treating First Nations people as equal partners is a win-win.

Beverley is a Troy Media contributor. Why aren’t you?

Previous commentaries in our series Road to Reconciliation

Beverley O'Neil (Kławum’ Paŧki) is a citizen of the Ktunaxa Nation, and is a writer, journalist, researcher and media relations adviser. She owns O’Neil Marketing & Consulting, and Numa Communications Ltd.