The whole employee rating process is a recipe for disaster 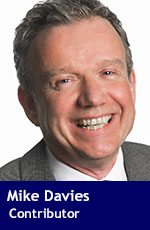 I was 23 when I got my first promotion to Acting Assistant Labour Relations Manager in the UK’s Health Service. My boss’s gift to me was my one and only report, Megan, 20 years old, grumpy, difficult and the department’s secretary.

My first task in my new position was to deliver her end-of-year review. My senior colleagues had met previously and agreed she was a “4”, that is, a poor performer.

I had been on the course, of course: keep the feedback objective and deliver the poor performance in a sandwich. But I was still terrified.

Megan could type well enough, but she loved to party and the word was that after a hard night doing the funky chicken at the disco she liked to stay in bed. I first tried to establish eye contact and warm her up with some positives on her accuracy and speed.

I then took a deep breath and hurled myself in the deep end.

“I really appreciate what you do when you are here, but your attendance is bad, so we have given you a “4”, a poor performer for this year,” I told her.

Silence, then a sniffle as she reached for her tissue. Her eyes reddened and she stuttered, “I am so sorry, Mike, I know I have missed a lot of time, but you see, the thing is,” sob, “I suffer from really bad pains at my time of the month.”

Whether true or not, and 30 years later my money is firmly on the funky chicken, I scuttled off with my first appraisal rating withdrawn to seek the guidance of my very amused boss.

As an HR executive I spent a good part of my career championing the Annual Review. I have cajoled, begged and bullied managers into ranking their staff, proclaiming that people need to know where they stand and that achievers must be rewarded and the delinquents dealt with.

First, as psychologist Mark Van Vugts argues in an excellent article on how we embrace conspiracy theories, evolution has given us a deep-seated fear of people plotting against us. Being falsely accused of malice, witchcraft or adultery, a major cause of violent death throughout our evolutionary history, can do that to you.

Mix both, and the Annual Review becomes a recipe for a toxic cocktail of stress and paranoia.

When we hear at the end of the year that we are perceived as average or below (that’s most of us most of the time), strong emotions of denial, fear and anger are likely to be engaged. Our belief in our competence and fear of threats against us will quickly work out an alternative rationale that protects our self-worth. These explanations will cover the litany of incompetent bosses, vindictive colleagues and, on a good day, organization-wide conspiracies. “Anything but me!”

A great organization has good processes for identifying and developing talent, dealing with problematic performers and rewarding outstanding contributors. You don’t need ranked annual reviews to do this.

Agreeing on performance and development goals at the start of the year is a must, but the vital element is to work together positively every month to jointly achieve the desired objectives. By doing this, leaders build the trust and respect which allows challenging feedback to be heard, leading to a beneficial impact.

And Megan? Well, I should have talked to her about her attendance, and her attitude had to change, but an end-of-year review was the very worst place to do it. I needed to build a relationship with her, know what was going on in her life, and deal with any issues which arose as they happened.

I should also have seen if I could get her a job with the Royal Shakespeare Company!

Mike Davies is a Senior International Executive/Business Leader with a record of success in HR, operational leadership and organizational development within major multinational corporations and government.