The battery on the Lightning is strong enough to actually charge other electric vehicles, including stranded Tesla owners 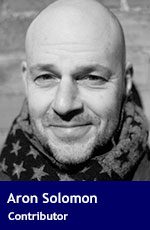 It has been a year since I first wrote about the Ford F-150 Lightning, a fully EV version of the wildly popular American truck. My original piece contrasted the illusion behind the still unreleased Tesla Cybertruck and the reality of the Ford Lightning, a truck that has certainly been a lot of talk, but even more action.

So when I was scrolling through social media earlier this week and stumbled across this piece in The Verge, I literally laughed out loud and thought “ouch,” as I imagined Tesla’s reaction and, even worse, the reaction on social media of their rabid fans.

What Ford did was find a really novel way to share the news of their bi-directional charging feature on the Lightning truck. For those who remain electric vehicle novices, generally, EVs charge unidirectionally.

We’ve all seen this – it’s when you plug in your car. Given the size of EV batteries, there’s no choice but unidirectional charging. Sure, you can plug your iPhone in your Tesla but that’s about it. Bi-directional charging means you can charge other serious things with the battery from your vehicle. This is super important because part of the hesitancy so many of us have had about EVs is the size and life of the battery. As batteries become more capable and significantly stronger, the market for EVs expands.

So Ford’s story was pure marketing genius because it accomplished two things. The first is that it focused on the fact that the F-150 Lightning indeed has bi-directional charging. Ford is telling the world that the battery on its truck brand that has become known as a real workhorse is strong enough that it can actually charge other electric vehicles.

In itself, this is huge. Sure, people with a good knowledge of EVs could have assumed that the battery needed to power a Ford F-150 would be powerful enough to give a charge to something like a tiny Nissan Leaf EV. But, as an accessory of the F-150 Lightning, Ford will be including (wait for it …) Tesla charging cables.

Exactly. Ford is including a cable that will run from a Ford F-150 Lightning and charge stranded Teslas, thereby allowing Ford owners to be roadside Good Samaritans to all of these poor Tesla owners who ran out of juice with their small batteries.

This is genius on so many levels of marketing, especially with an existing product that’s entering a new vertical. Ford has a unique marketing challenge here as its F150 is known and loved not just throughout the United States but throughout the world. But they’re taking a variation of this vehicle and getting into a brand new vertical, the EV space.

Doing something as elegant and simple as including a charging cable for your competitor’s products (basically saying that your product is so good that it will not only take care of itself but you can lend a hand to address all of your main competitor’s failures) is gold-star marketing work.

But it also gets Ford around any potential liability involved in delivering the same message more directly – that their vehicles are great and the competitors’ vehicles aren’t. Lauren Scardella, a New Jersey lawyer, points out why marketing moves such as Ford’s here are so smart:

“Sometimes there’s a fine line between disparaging one’s competitors in marketing messages, particularly when releasing a new product claiming it can do things the existing products in the market can’t.”

But releasing a feature to your new product that essentially disparages your competition is marketing genius. As The Verge pointed out, social media groups and message boards greeted this need as expected:

“F-150 Lightning owners were positively gleeful about the notion of rescuing stranded Tesla vehicles. ‘We can help all those poor dead Teslas,’ the original poster wrote. Another forum member said they would add a bumper sticker to their truck that read, ‘Tesla Rescue Squad.’”

Ford has really thrown the gauntlet at Tesla, which, anyone who is realistic about the EV truck landscape surely knows, has been far more hat than cattle. Tesla always talks a great game, but anyone who is not a diehard Tesla loyalist has to appreciate the progress that Ford has made on the F150 Lightning and also has to laugh at what an absolute genius move this simple charging cable is, a part that probably cost Ford around $30.

It’s going to be interesting to see if Tesla has a reply. Really, the only one it could possibly have that would work is to get some Cybertrucks on the road, yet with the release date remaining uncertain, for now, Tesla just has to watch and wait.

A Pulitzer Prize-nominated writer, Aron Solomon, JD, is the Chief Legal Analyst for Esquire Digital and the Editor of Today’s Esquire. He has taught entrepreneurship at McGill University and the University of Pennsylvania and was elected to Fastcase 50, recognizing the top 50 legal innovators in the world. Aron has been featured in Forbes, CBS News, CNBC, USA Today, ESPN, TechCrunch, The Hill, BuzzFeed, Fortune, Venture Beat, The Independent, Fortune China, Yahoo!, ABA Journal, Law.com, The Boston Globe, NewsBreak, and many other leading publications.