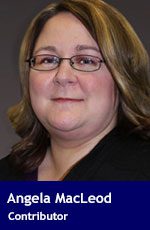 Parents in Alberta are concerned about the state of elementary and secondary education.

Results from the Provincial Achievement Tests (PATs) and international tests including the Organization for Economic Co-operation and Development’s Programme for International Student Assessment (PISA) indicate alarming trends, particularly in math.

Unfortunately, a pervasive myth that large cuts to education spending are responsible for the decline in Alberta student performance continues to cloud the education debate.

If increased education spending improved the academic performance of students, we should have seen marginal improvements, at the very least.

So what happened to student performance in Alberta after the provincial spending hikes?

Now let’s look at the PISA exams, the gold standard of international testing. These tests are administered to 15-year-old students worldwide every three years in reading, science and mathematics. Math scores in Alberta declined significantly between 2003 and 2015 (the latest year available, as 2018 results have not yet been released).

In fact, no province except Manitoba recorded greater declines in PISA math scores since 2005. And Alberta now ranks below British Columbia and is essentially tied with Ontario – two provinces it once consistently outperformed.

PISA scores for Alberta students in both reading and science have also decreased, although less dramatically.

Clearly, the increase in spending on Alberta education has not improved academic performance. That should concern all parents, policy-makers and taxpayers.

We owe it to young Albertans to ensure they’re prepared with the knowledge and skills needed to be successful and productive adults. The essential promise of public education has always been that all children will receive tools to continue their education and lead happy and prosperous lives.

The numbers don’t lie: something must be done about declining student performance in Alberta. Policy-makers in Edmonton and in school districts around the province can learn from other jurisdictions and what’s been successful in Alberta in the past.

But one thing is certain: if this problem could be solved by simply spending more money, it would be fixed by now.

Angela MacLeod is an analyst with the Fraser Institute and co-author of Education Spending in Public Schools in Canada, 2019.