Let’s be sure to teach our children critical thinking skills 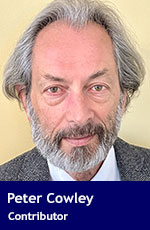 Apparently, both the British Columbia ministry of education and the British Columbia Teachers’ Federation would rather not encourage the province’s students to develop and utilize their critical thinking skills. Better to just take the teachers’ truth in the classroom rather than discovering and understanding both sides (or all sides) of a contentious subject.

According to a recent Canadian Press report, the Canadian Association of Physicians for the Environment is much concerned because Fortis B.C., the province’s largest natural gas distributor, offers educational materials to B.C. teachers about natural gas, climate change, and energy conservation.

This is not a new program. The CP report notes that the company began its education program, “Energy Leaders,” in 2017, and it says that by 2020 some 20,000 educators had downloaded the lesson plans and materials.

In the same report, “British Columbia’s education ministry says it does not review or endorse educational resources provided by industry and does not “recommend or authorize the use of resources like FortisBC’s Energy Leaders program.”

However, the ministry responded, “We are reviewing this issue to ensure classrooms are free of corporate priorities so students can continue to learn in an unbiased environment.”

Yet, how can the ministry ensure that the materials they prescribe for the classrooms will be unbiased?

Naturally, the teachers’ union president, Teri Mooring, also waded in. She was even more strident, declaring, “the fossil fuel industry has no place in B.C. classrooms, especially as we face an unprecedented climate crisis.”

She says the federation will work with the government in “developing unbiased, science-based climate education resources.” So again, we are asked to believe that the materials produced by the ministry of education with the assistance of the teachers’ union will be unbiased.

One wonders how public schools can enable learning in an “unbiased environment” when only one side of the issue is represented in the classroom. Perhaps this is why so many of the province’s teachers have already downloaded the Fortis material.

Do we really want the ministry of education and the teachers’ union to be the arbiters of the truth in the publications that the students should study? I think not.

Fortunately, I have a better idea.

A long time ago, when I was in secondary school, I took a Social Studies class from a gentleman named Frank Snowsell. Frank was both a teacher and a some-time politician. He stood several times for election to the British Columbia legislature under the banner of the Co-operative Commonwealth Federation (Farmer-Labour-Socialist) and its successor, the New Democratic Party. But I remember him specifically for the words of caution that he offered us during the first class of the year.

He said wryly, “Be careful; I may display some bias now and then.” He asked us to pay attention to him but not take everything he said as “the truth.” He told us that, later in life, we would have to work hard to find the truth, but it was worth the effort.

The ministry of education and the teachers’ union should heed Snowsell’s warning and encourage teachers to help their students seek out a variety of points of view when discussing any controversial subject.

The students will be the better for it.

Peter Cowley is a retired Senior Fellow at the Fraser Institute.