America is taking a tentative step to help students. Canada needs to do the same 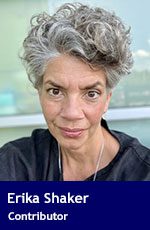 American President Joe Biden is wiping US$10,000 in federal student loan debt for those with incomes under $125,000 a year or households that earn less than $250,000. He is also cancelling an additional $10,000 for students who received federal Pell Grants to attend college.

For context, more than 45 million Americans collectively owe over $1.7 trillion in student debt. And the burden is by no means equally shared: more women and racialized people have federal student loan debt.

According to the American Association of University Women, women hold approximately two-thirds of all student debt in the United States. The Brookings Institution estimates that, on average, black college graduates owe $52,726 in student debt while white college grads owe closer to $28,006.

While Biden’s policy provides some relief, it’s certainly not a panacea. But it starts the conversation about what governments can do to address the costs students and their families incur for pursuing higher education – and which families are disproportionately impacted by that cost.

In Canada, the total amount of student loans owed to the federal government reached $22.3 billion in 2020. This doesn’t include provincial and personal loans, lines of credit and education-related credit-card debt.

The average student loan debt in Canada is now $28,000 for a bachelor’s degree ($15,300 for college grads). Living in Quebec or the Atlantic provinces, being a single parent, being a member of a racialized group (college only), and having a disability all tend to be associated with slower student debt repayment – because paying down debt is challenging when you’re a low-income household.

Student debt means delaying major life experiences like marriage, starting a family or buying a home. It can trap students in a cycle of precarity that’s difficult to break. Regular debt payments also mean that less disposable income is going back into local communities. In addition, one study suggests student debt contributed to more than one out of six insolvencies in Ontario in 2018 – and the number is rising.

Canadian students and their families would rejoice if Canada followed the Biden administration’s initiative – modest as it is – yet there are some naysayers in the general public who drag out the old trope: if I could pay for my post-secondary education, why can’t others?

The claim “cancelling debt now is unfair to those who paid it back prior to this new policy” is a red herring. It’s an argument against progress and in favour of the perpetually inadequate status quo.

With that logic, any economic or social improvement is unfair to those who made do without (or didn’t, in the case of polio vaccines, for example). Child care, pharmacare, even seatbelts. If I didn’t have it, why should the next generation?

As Canadian Centre for Policy Alternatives senior economist David Macdonald says, “Student debt is a conduit for passing the low-income situation of parents on to their educated children through loan repayments upon graduation.”

Enough excuses. We need to make higher education truly accessible for all who want to pursue it and ensure they’re not saddled with debt as a result. This means public investment and ending the deeply flawed user-fee payment model.

It’s about priorities: a small federal wealth tax – between one and three per cent – on the very richest Canadians could net $28 billion in year one and $363 billion over a decade.

If the goal is to make society more equitable, including when it comes to access to post-secondary education, then let’s stop the piecemeal approach that only postpones the burden of student debt – and delays the overarching commitment we need to make in order to ensure affordability.

Let’s stop assuming inequity is a norm that should be tolerated. Let’s recognize it for what it is: an obstacle to be eliminated.

Erika Shaker is director of the national office of the Canadian Centre for Policy Alternatives. She also leads the CCPA’s education project and edits the biannual popular education journal Our Schools/Our Selves.

Erika Shaker is Director of the National Office of the Canadian Centre for Policy Alternatives. She also leads the CCPA’s Education Project, which was established in 1996, and since 2000 she edits the bi-annual popular education journal Our Schools/Our Selves. For almost three decades she has written and spoken on a wide range of education-related issues including privatization and commercialism, education finance, equity and affordability. She received her BA in History from McGill and her MA from the University of Guelph in English.