A good week for people – and the planet

A Canada-wide phase-out of coal power would prevent more than 1,000 premature deaths, 900 hospitalizations and $5 billion in health costs 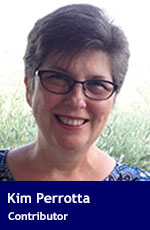 It was a good week for people and the planet.

First, the federal government announced it will take steps to phase-out pollution from coal-fired power plants across the country by 2030. Then the government of Alberta announced it has signed an agreement with three major power generators to ensure a phase-out of coal plants in Alberta by 2030.

There will be time to examine and critique the details surrounding these two announcements, but for now we want to acknowledge what they can mean for human health in Alberta, across Canada and around the world.

A new report endorsed by 15 health and environmental organizations – including the Canadian Association of Physicians for the Environment (CAPE), the Asthma Society of Canada and the Lung Association – estimates that a Canada-wide phase-out of coal power by 2030 would prevent more than 1,000 premature deaths, 900 hospital admissions or emergency room visits, and nearly $5 billion in health care costs by improving local air quality.

In fact, most of these national health benefits will be realized in the Prairies – about $3 billion in Alberta and up to $1.3 billion in Saskatchewan.

While the lion’s share of the benefits will happen here, there will still be important benefits realized in the Atlantic provinces and in central Canada, making a Canada-wide coal phase-out truly of national interest.

The 2030 phase-out will also significantly reduce mercury emissions. Mercury is the reason that pregnant women are warned not to eat certain types of fish during pregnancy. The persistent substance accumulates in the aquatic food chain and can harm the brains of children exposed during pregnancy. Reducing this pollution will mean that these harmful effects can be minimized – then we can reclaim fish as a healthy protein source for all.

In addition, the 2030 phase-out will help Canada’s fight against climate change. The renowned medical journal The Lancet estimates that climate change is responsible for approximately 150,000 deaths worldwide each year. People die from malnutrition, malaria, infectious disease and extreme heat; conditions made worse by a climate characterized by more frequent and more intense storms, heat waves and droughts.

People in countries that already struggle to feed their populations will experience many of these health impacts, but Canada will not be immune. Over the last 10 years, Canada has experienced an increase in droughts, wildfires, extreme rain and ice storms, floods and extreme heat. We have seen the spread of insect- and mite-borne diseases such as West Nile virus and Lyme disease. And we have seen permafrost and ice roads melting in the far north. Canadians are already being affected by climate change, in economic and health terms.

By accelerating the closure of coal-fired plants across the country, we will cut Canada’s greenhouse gas emissions by about eight per cent. This will help Canada meet its commitments under the Paris Agreement on climate change and put us in a stronger position to ask the same of other countries.

But more importantly, we will be acting decisively to improve the health of Albertans, Canadians and other people around the world from the ravages of uncontrolled climate change.

The governments of Alberta and Canada are to be congratulated for their decisions to phase-out coal-fired power, and to reap the important health benefits for all Canadians.

Now the hard work begins: designing plans to ensure this transition happens quickly, in partnership and collaboration with communities most impacted. We look forward to working with all levels of governments throughout this process.

Because it’s not enough to have a good week – we need to work together to ensure a good future.

Kim Perrotta is the executive director of the Canadian Association of Physicians for the Environment (CAPE). She has a master’s degree in health science and more than 30 years of experience working on environmental issues from a health perspective for organizations such as Toronto Public Health, the Ontario Public Health Association and the Heart and Stroke Foundation.

Kim is a Troy Media Thought Leader. Why aren’t you?