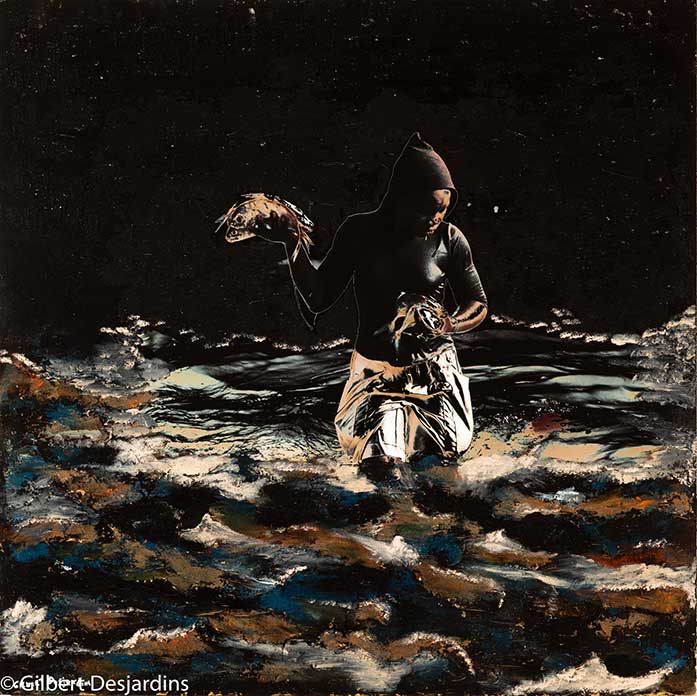 Troy Media publisher Doug Firby is part of a group of Canadians who call themselves ConnecTour. Starting last May in British Columbia and ending in October in Newfoundland, they hope to make an 8,000-km bicycle journey across the country, discovering how the COVID-19 pandemic has reshaped our lives and sense of community. Watch for their reports on Troy Media. More information on the cycling tour is available at ConnecTour.ca. To help them meet their goal, click here.

Gilbert Desjardins witnessed the genocide in Rwanda. But not the one that dominated the headlines in 1994.

Instead, the artist who lives in the small Quebec town of Mont-Laurier, about an hour north of Mont Tremblant ski resort, was a young traveller in that tragedy-laden African country in the years 1965 to 1969. It was a time before the brutal conflicts between Hutu and Tutsi in the former Belgian colony had appeared on the international radar.

“There was a genocide then,” he said in his broken English. “But there were no media there.”

It was also about the time Desjardins, 73, began a lifelong fascination with the countries of Africa – a continent that has drawn him every year since the age of 25.

The list of countries includes Sudan, Kenya, Senegal, Nairobi, Nigeria and Botswana. He didn’t go as a tourist, but rather as a sort of cultural ambassador who is deeply interested in being integrated into local tribes – learning their customs and understanding how modern influences are affecting them.

“I lived with tribes in many countries,” he says. “I prefer staying with these kinds of people.”

Winning acceptance into a tribe takes time. He would approach a village and set up camp within sight for two or three days. Then, to win the villagers’ trust, he would offer to help the women of the village with tasks like gardening. (The men were typically off herding.)

Eventually, they would invite him to come stay with them.

ConnecTour caught up with Desjardins when we stayed at his home in Mont-Laurier, at the north end of Le P’tite Train du Nord bicycle trail. Desjardins operates a gite (bed and breakfast) in his home to help subsidize his travels. 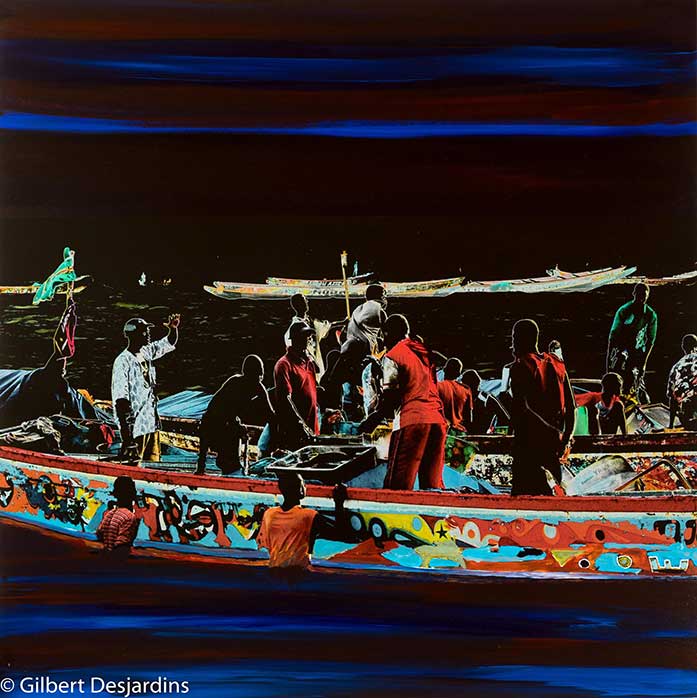 One of the biggest changes he has seen over the years is in the impacts of pollution and climate change on African villages.

“In some areas, the climate changed and the desert grows,” he said. “They cannot grow crops … they must leave the country.”

Plastic pollution is equally disastrous for these people.

“You can see everywhere on the coast, everywhere plastic,” he says. “All the water bottles. Where there are many tourists, they just throw them away.”

Desjardins set out to record these changes through his art. He photographs members of the tribe, often in beautiful traditional garb, and then digitally transforms the images into large, and often dark, canvasses that he enhances with acrylic paints. 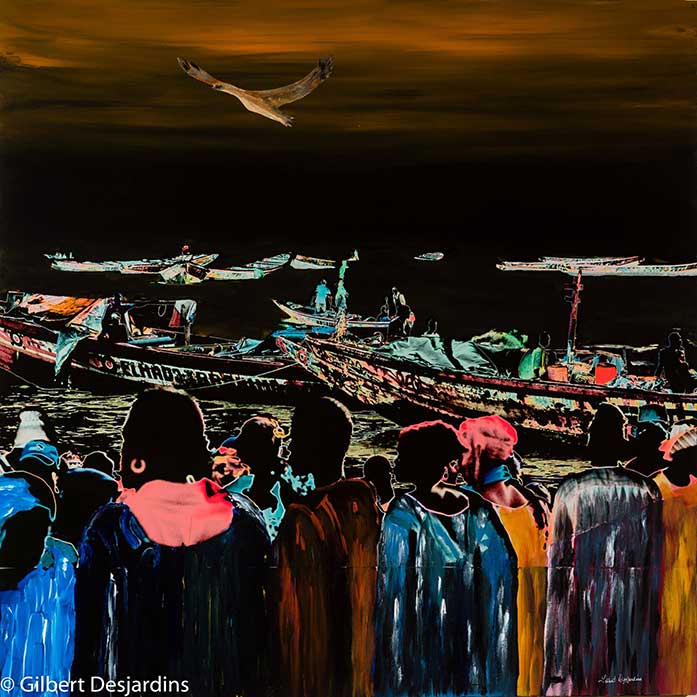 His work conveys the message that these Africans have been forced into climate migrations. His work is frequently exhibited in and around the Montreal-to-Mont-Laurier region. And it fills his beautiful riverside home on the banks of the Riviere du Lievre.

His home is also peppered with ceremonial masks bought from artists in Nigeria, a tall wooden giraffe he found in Nairobi, furniture and other wood carvings gathered from decades of world travel.

In those other parts of the world, he has also found evidence of the pollution that’s so profoundly affecting the Africans. He tells the story of visiting an island in New Guinea in 2008. There was so much plastic the residents tried to migrate to another island. The residents on that second island turned them away.

Although in his 70s, he has no intention of slowing down his travels. In fact, he says, he likes this time of his life more than any other. He continues to work and run his gite in the summer tourist season while planning his next visit to his beloved Africa every winter.

I tell him his house and location – where he has lived for 35 years – feels like a small paradise.

Perhaps in those endless grey days of January. It doesn’t feel that way now.