Trans Mountain opponents out of touch with reality

B.C. still exports coal because to do otherwise would be to kill jobs in the province. The contrast with its pipeline stance is startling 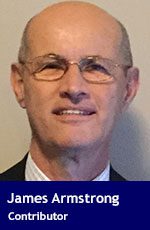 Many opponents of the Trans Mountain pipeline expansion justify their opposition by citing concerns about climate change and carbon emissions, but this raises some important questions.

What about coal? Vancouver is North America’s largest exporter of coal, one-third of it thermal coal for generating electricity. Vancouver exports U.S. coal because Oregon and Washington have stopped coal exports as a result of environmental concerns.

In 2012, B.C. Green Party Leader Andrew Weaver wrote that “global warming from coal [is] worse than oil sands.” If this is true, why doesn’t B.C. stop all coal exports?

Of course, coal exports earn billions of dollars and stopping them would destroy B.C. jobs. But what about the Alberta jobs that B.C. is destroying by blocking Alberta’s access to tidewater? If stopping carbon emissions is so vital, then why should other provinces like Alberta and Saskatchewan make virtually all the sacrifices to achieve this goal?

The EVRAZ steel plant in Regina has been contracted to supply 800 kilometres of pipe for the Trans Mountain pipeline. EVRAZ steel workers are worried about losing their jobs if the pipeline is cancelled. Regina’s steel mill employs more than 1,000 workers who earn $112 million in total annually – money that supports the local economy. In the words of the union’s local secretary, “It’s our livelihood. It’s our kids’ ballet lessons; it’s our kids’ hockey practice.”

The steel mill was created in the 1950s by NDP Premier Tommy Douglas. In October 1950, Douglas celebrated the opening of a pipeline from Edmonton to Regina, saying it would give Saskatchewan access to affordable oil for economic growth.

Using railways to ship oil also prevents railways from transporting other commodities like Saskatchewan-grown lentils to overseas markets. Lentils are protein-rich and are celebrated by environmentalists as an alternative to meat production.

Opponents talk about how the Trans Mountain pipeline expansion threatens Canada’s climate change efforts and commitments under the Paris accord. Why then are these opponents not organizing protests at the Chinese consulate because China is responsible for almost one-third of global greenhouse gas emissions?

A July 1, 2017, New York Times article reports that China is building more than 700 coal plants at home and around the world, some in countries like Egypt and Pakistan that today burn little or no coal. Environmentalists like the Berlin-based group Urgewald warn that these new coal plants will make it virtually impossible to meet the goals of the Paris climate accord.

Canada accounts for only about 1.6 per cent of global greenhouse gas emissions, a fact that led National Post columnist Andrew Coyne to say in a Nov. 30, 2015, article, “As far as the future temperature of the Earth is concerned, Canada is irrelevant. …”

Of course, Canada should try to adopt policies that don’t harm the environment. But in so doing, should we not avoid policies that make us economically uncompetitive and destroy jobs? Lack of access to tidewater for our oil costs Canada about $15 billion annually.

Even while B.C. Premier John Horgan leads opposition to the Trans Mountain pipeline expansion, B.C.’s capital city, Victoria, is in a building boom, with construction equipment and concrete trucks everywhere. These machines don’t run on wind, solar or battery power. They run on fossil fuels, as do all important vehicles like fire trucks, ambulances, airplanes and farm tractors that till the soil.

Why can’t protesters see that opposing new pipelines hamstrings our economy and threatens our future? Does B.C. really mean Beyond Canada?

James Armstrong is a retired Saskatchewan teacher and a research associate for Frontier Centre for Public Policy currently living on Vancouver Island.

James is a Troy Media contributor.