Both economically and environmentally 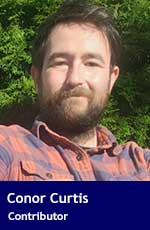 As wildfires destroy whole communities, coastal towns lose their shorelines and fisheries, and half the world’s population faces dangerous climate impacts, a contentious project sits before the Liberal cabinet. Bay du Nord is a proposed oil development 500km off the coast of Newfoundland and Labrador.

Industry lobbyists assure us of “green oil production,” low environmental risks, new jobs, and other economic benefits. In reality, Bay du Nord is a poor investment, both environmentally and economically.

The term “green oil” is a misnomer often used when discussing offshore oil production. Proponents claim that carbon emissions from offshore fields are lower and thus “greener” than those from other production sites like Alberta. In reality, offshore production is not a cleaner alternative, especially because those measurements do not account for the emissions occurring “downstream” during the transportation, refining, and burning of the product. There is nothing “green” about oil, offshore or not.

What matters most are the emissions from the oil Bay du Nord would produce, with current production estimates roughly equal to adding seven to 10 million cars to the road. The International Energy Agency’s global energy and climate target road map shows that projects like Bay du Nord are unnecessary. A recent study from Manchester University further recommends that Canadian oil production end completely by 2034. This project is neither “green” nor necessary.

The environmental assessment Equinor submitted with their project proposal is flawed. DFO scientists found it contained ‘bias’ and ‘inappropriate conclusions,’ and these issues have not been addressed. Equinor’s own estimates suggest it could take 18 to 36 days for equipment to arrive on-site in the event of a major oil blowout. For comparison, it took 87 days to cap BP’s Deepwater Horizon, and conditions in the Gulf of Mexico are much nicer than in the North Atlantic.

Keep an Eye on Newfoundland

This project is an environmental disaster waiting to happen, but it also doesn’t make economic sense. Some politicians have used Russia’s invasion of Ukraine as a way to justify Bay du Nord. With the first oil not expected until 2028, the project is of no help to Europe. European leaders are already taking steps to end their reliance on oil, with Germany hoping to rely completely on renewable energy by 2035 and other nations planning to phase out fossil fuel vehicles for other alternatives. By the time Bay du Nord could sell them oil, they wouldn’t want it.

The government of Newfoundland and Labrador is also considering investing public money into Bay du Nord, something a 2021 economic assessment advised against. The province already provides the industry with sizable subsidies, with an IISD report quoting $82.6 million and $94.7 million in 2020/21 and 2021/22, respectively. That, local experts point out, is money that could be used to fund a just transition.

Newfoundland and Labrador is no stranger to economic collapse; the 1992 cod moratorium wreaked havoc on the local economy and caused mass unemployment. Doubling down on oil won’t help avoid a repeat event. Instead, we need urgent action to fund a just transition, which 80 per cent of Newfoundlanders and Labradorians already strongly support.

Even as production increases, jobs and revenues from the oil and gas industry are declining, while green energy investments yield more jobs per amount invested. The Newfoundland and Labrador Federation of Labour’s road map for a low-carbon, jobs-rich provincial economy shows how. It’s a plan that includes former fossil fuel workers, many of whose skill sets are transferable to renewable energy.

Economically and environmentally, Bay du Nord is impossible to justify. We are on track to miss our national climate targets already and this project would make those targets impossible. The federal and Newfoundland and Labrador provincial NDP, the Bloc Québécois, and Green Party have all criticized this project. All eyes are now on Trudeau and his cabinet to demonstrate whether or not they are truly committed to climate action and a just transition.

From Corner Book, NL, Conor Curtis is Digital Communications Coordinator for the Sierra Club Canada Foundation. He holds an MA in Environmental Policy from Memorial University, focusing on climate change impacts for NL and was a contributing author on the federal government’s national report on climate impacts for rural and remote communities in Canada.