Small Ontario schools can – and should – be kept open 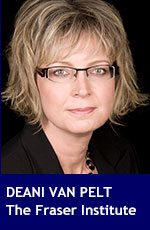 Dozens of communities in rural and small-town Ontario may lose their public schools as a result of a misguided education funding model. Contrary to the rhetoric, this doesn’t need to happen.

Unfortunately, the only solution to school closures put forward so far involves loud calls for more government funding. And more broadly, we’re all being asked to believe that small schools can no longer exist in rural or small population centres.

That is not the case. For proof, we need only to look at Ontario’s 954 independent schools.

Perhaps even more disconcerting in the school closure discussion is the widespread notion that schools must be large to keep their doors open. Not true. Almost half of Ontario’s independent schools (49.3 per cent) have fewer than 50 students and an additional 28.7 per cent has between 50 and 149 students.

If more than three of every four independent schools in Ontario can exist with fewer than 150 students, small schools must be viable. We should reject calls to shutter small schools and ship students out.

Instead, we should look beyond Ontario’s existing public school funding model for solutions. Alberta and British Columbia provide two models worth consideration.

In B.C., one-third of independent schools are located in rural or small population areas and more than half (54.5 per cent) are small, with fewer than 150 students. B.C. independent schools are privately run but receive, for each student, up to 50 per cent of the per-student operating grant allotted for local public schools. They raise additional funds through tuition and other donations. That’s a lesson for Ontario, where small schools facing closure could become independent non-profits and receive partial government funding, as they do in B.C.

The point is this – we shouldn’t buy the misleading claim that small schools in rural and small communities are no longer viable. By learning from independent schools in Ontario, and considering funding models in B.C. and Alberta, we can reform how Ontario education dollars are spent (without spending more taxpayer money), and keep small schools open.

Deani Van Pelt is director of the Barbara Mitchell Centre for Improvement in Education at the Fraser Institute.

Deani is a Troy Media Thought Leader. Why aren’t you?

Deani Van Pelt is a Senior Fellow and Former Director of the Barbara Mitchell Centre for Improvement in Education at the Fraser Institute. Her research and publications in Canadian education policy include studies in home schooling, independent schooling and education funding.