Far too many products in Canada’s stores give us lots of calories but little nutrition. And we have dangerously abandoned cooking and meal-time routines 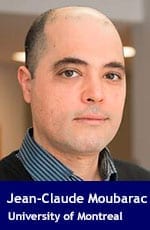 To be sure, among those extra items are more kinds of fresh fruits, vegetables and non-food items. But not 30,000. The vast majority of the additional food items are a huge range of ready-to-eat products from cookies to snacks to complete dinners that have a characteristic in common: they are ultra-processed foods.

And they are not nourishing us.

A study I completed for Heart & Stroke demonstrates the extent of the problem. It found that in 2015, Canadians received almost half (48.3 per cent) of their total calories from ultra-processed foods, with the highest rates of consumption among those in whom it can do most harm – children. Kids age nine to 13 get almost 60 per cent of their calories from these unhealthy foods. This high consumption is evident across all socio-economic groups. Newcomers to Canada are the one notable exception; they consume considerably fewer of their calories from ultra-processed foods than those born in Canada.

What are ultra-processed foods and why does it matter?

Practically all foods are processed in some way. Some are minimally processed, such as fresh, dry or frozen vegetables and fruit, nuts, meat, fish, eggs and milk. Others are culinary ingredients such as oil and sugar. Processed foods are made by adding ingredients to minimally-processed foods; they include simple breads and cheese, and preserved vegetables.

The problem is ultra-processed foods. They’re formulations of refined substances and additives; at the end, most have little or no intact food left. Think of a potato chip or a sugary puffed cereal that supposedly started with a hint of grain. They also include candies, other fatty, sugary or salty snack foods, packaged soups, sugary drinks and most ready-to-eat meals.

Overall, these products contain twice the calories, three times the amount of free sugars and twice the sodium compared to non-ultra-processed foods (real foods). And they have much less of what we need: protein, fibre, vitamins and minerals.

There has been a revolutionary change in our diets over the past decades and, while fewer people in rich countries like Canada now go hungry, many of us eat far less well. A previous study of mine showed that the vital change in the diets of Canadians since the 1930s has been the replacement of freshly prepared meals and dishes made with unprocessed or minimally-processed foods for one dominated by ultra-processed foods.

In the past 70 years, calories from ultra-processed foods have doubled from 24 per cent to 54 per cent of family food purchases. That’s not surprising, since most of these foods are branded assertively, packaged attractively and marketed extensively, especially to our children. And they are everywhere, often at very low prices.

In the last few decades, especially in high-income countries and communities, the meal has been fast diminishing and to a large extent replaced by snacking, mostly on ultra-processed foods. This is both a social disaster and a nutritional calamity. Preparing and eating complete fresh meals together is a vital part of healthy, vibrant families and societies.

Ultra-processed foods might be convenient and fast, but they’re not healthy and we’re paying heavily for it. Unhealthy diet is now the leading risk factor for death – it was responsible for 47,000 deaths in Canada in 2016. And the Public Health Agency of Canada says the annual cost of diet-related disease in Canada is $26 billion.

What can we do to combat this dietary crisis?

There’s no easy fix, but a number of important things can and must be done.

Restricting unhealthy food and beverage marketing to children is a good step. Fortunately, such legislation is being debated in the House of Commons.

We also need to change how we think and talk about food. Our public discussions about food in recent decades have been focused more on particular villains – saturated fats, sodium and sugar – which has left little room to promote a whole-diet approach. We need to support people to look more at their overall diet, and the importance of taking the time to get fresh and minimally-processed foods to make more delicious but healthy meals at home from scratch.

We need to bring back cooking in schools, hospitals, senior citizens houses and even at workplaces so everyone can have access to freshly-made meals from real food.

We also need to restore the important social benefits families have lost by not spending time cooking and eating healthy meals together. These fundamental activities tie us together and to nature.

We can change. It starts by ignoring most of those 40,000 items at your local supermarket.

Dr. Jean-Claude Moubarac is an assistant professor of nutrition in the Faculty of Medicine at the University of Montreal. His study, “Ultra-processed foods in Canada: consumption, impact on diet quality and policy implications,” is available online.

Jean-Claude is a Troy Media contributor. Why aren’t you?

Jean-Claude Moubarac has been an assistant professor of international nutrition in the Department of Nutrition at the University of Montreal since June 2016. He obtained a bachelor's degree (2000) and a master's degree (2002) in anthropology and a doctorate in public health (2010) at the same institution. He then pursued postdoctoral studies in nutrition at the University of São Paulo in Brazil from 2011 to 2014. He is interested in food systems, the role of cooking and the impact of food processing on nutrition, health and society, public policies aimed at healthy eating, as well as the behaviour of actors in the food system including the food industry.