Moving Canada toward a true health care accord

Health minister Jane Philpott has an opportunity to improve the health care system. But will she take it? 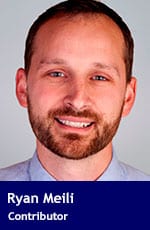 This week Canada’s Minister of Health, Dr. Jane Philpott, will meet with her provincial and territorial counterparts in Vancouver. This is no ordinary get-together. In his mandate letter to the Minister, Prime Minister Trudeau tasked Philpott with “engaging provinces and territories in the development of a new, multi-year Health Accord with long-term funding agreement.”

This is a distinct change in tone from the previous federal government, which refused to meet with provinces to negotiate a new agreement after the accord ran out in 2014.

The top-down approach by the Harper government was greeted with two distinct reactions. There were those that saw the cancellation of the Health Accord as a step backward that would further reduce the federal portion of funding for health care, offloading costs to the provinces. Others criticized the past accord, billed as “a fix for a generation,” because it didn’t buy the intended change. While progress was made on wait times for certain services, other innovations in home care, primary care, prevention and health promotion, and the development of a national pharmaceutical strategy were not achieved in any meaningful way, with most of the increased funding getting absorbed into regular health budgets.

Both of these perspectives hold merit.

There is a strong case to be made for a return to the original 50/50 funding arrangement, which is one of the key reasons the provinces signed on to Medicare in the first place but which has steadily been eroded in the decades since. There is also a fair criticism that increased funding – from $124 billion in 2003 to $207 billion in 2012 – should have been used more deliberately to attempt to achieve the intended change in system performance or health outcomes for Canadians.

So as the health ministers meet in Vancouver, how can they bend the curve toward a less costly and more effective health care system? How can they ensure the funds invested this time around will buy real improvements in health?

Some of the directions for this can be found in the Prime Minister’s mandate letter to the Minister of Health, which included an exhortation to “support the delivery of more and better home care services.” Investment in quality home care has been shown to improve patient experience while easing pressure on acute and long-term facilities.

The letter also encouraged Minister Philpott to “encourage the adoption of new digital health technology.” If done right, electronic medical and health records can greatly expand our ability to effectively treat individuals and the population.

A third major element described in the mandate letter was a call to “improve access to necessary prescription medications” by “joining with provincial and territorial governments to buy drugs in bulk,” and “exploring the need for a national formulary.” This falls short of a national pharmacare program, but does not close the door to the possibility.

Canada is the only nation with a universal health care system that doesn’t include drug coverage; one in five Canadians reports being unable to afford to take necessary medications as prescribed. A national pharmacare program would eliminate that problem while saving Canadians approximately $6 billion per year in excess costs. Half measures in this area will not achieve the desired savings or accessibility.

The directives from Trudeau to Philpott are helpful, but there are two key ingredients missing. The first is that the flow of health care funds needs to be connected to clearly articulated goals. Indiscriminately increasing fund transfers with no accountability for how they will be used is a recipe for continually increasing costs without improving the quality and accessibility of care.

The second is that all levels of government need to move toward a Health in All Policies approach that understands all areas of government – policies affecting income, education, housing, food security, for example – impact health outcomes. Health care is the greatest cost driver in provincial governments, but it isn’t the area in which spending has the greatest impact on health – and it’s not where those costs can best be controlled.

The decisions emerging from this upcoming summit could change the landscape of health care policy in Canada. We can only hope that Dr. Philpott will be practicing “medicine on a larger scale,” looking first and foremost to improve the health and well-being of Canadians.

Ryan Meili is a family physician in Saskatoon, vice-chair of Canadian Doctors for Medicare, and founder of Upstream: Institute for A Healthy Society.

Ryan is a Troy Media contributor. Why aren’t you?