Fight the deadly opioid epidemic at its roots 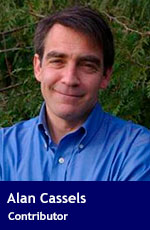 We are in the midst of a deadly drug epidemic so severe and widespread that few people in North America will remain untouched by it. A dramatic change in how physicians are trained is required to get the epidemic under control.

Our narcotic abuse and death rates are likely at their highest in modern history.

Critics have begun pointing the finger at the medical system and its prescribers – well-meaning doctors and specialists who’ve been giving too many patients excessively powerful opioid medications to deal with modest pain. But we should dig deeper and look at the relationship between the medical education system and pharmaceutical companies.

Typically, the suggestion of an epidemic is hyperbolic. But it doesn’t seem so in this case. Last week, Dr. Perry Kendall, British Columbia’s provincial health officer, said that his province has a bona fide “public health emergency” on its hands, mostly due to the alarming number of overdose deaths linked to prescription opioids.

Opioids include prescription narcotics like Oxycontin, Hydromorph Contin and fentanyl (which some say is 100 times stronger than morphine). Kendall said that there have been more than 200 opioid-related overdoses so far this year in B.C., and if those numbers continue, there’ll be 800 by the end of the year.

What’s happening in B.C. is just a microcosm of what is happening across Canada, where we have some of the highest rates of prescription opioid consumption in the world. From 2006 to 2011, use of opioids in Canada rose by 32 per cent and that rise has continued unabated, despite efforts to slow it down.

The United States is also in full-on damage control mode, trying to stem the incredible number of deaths due to opioids. In 2012, there were 259 million prescriptions written for opioids – enough to give every American adult their own bottle of pills. Since 2000, the overdose death rate in the U.S.has risen by 200 per cent and there were nearly 19,000 opioid-related overdose deaths in 2014. Two weeks ago, I sat in a room while Dr. Vivek Murthy, the new surgeon general of the United States, told the assembled crowd that he was driven to make the opioid epidemic a top priority in his administration due to the devastation he’s seen in communities all across the country.

He told us the U.S. experiences an overdose death every 24 minutes and the life expectancy of white, male, middle class Americans is dropping.

The problems, as well as potential solutions, are incredibly complicated. But I agree with Murthy when he says that curbing society’s exposure to opioids – particularly those that come from a prescription pad in a doctor’s office – is absolutely vital. As he said: “Physicians need to be retrained to think twice – or three or four times – before writing that first opioid prescription.”

It’s important to recognize that liberal prescribing of opioids is a very recent problem and, since the mid-1990s, can be linked to the message-crafting activities of the pharmaceutical industry. That industry helped shape both patient perceptions of pain and how doctors thought about the safety of these drugs. Doctors were increasingly encouraged – sometimes through industry-funded educational activities or by using textbooks on pain management paid for by the makers of opioids – to prescribe the drugs for a much wider population of patients experiencing pain.

If revising the messaging around opioids was a business-oriented strategy by the opioid makers, we cannot place the blame solely upon them. Some of that blame has to do with the co-dependent relationship between physician education and the drug industry, which funds a ]substantial portion of physician education in Canada.

Is this epidemic not dire enough to finally build the absolute firewall we need between physician education and the pharmaceutical industry?

We need unbiased, safety-oriented messages around the appropriate use of opioids and knowledge of their wicked addiction potential. Both patients and prescribers also need to remind themselves that any incredibly powerful and effective drug can also be incredibly dangerous and destructive.

Alan Cassels is the author of the just-published The Cochrane Collaboration: Medicine’s Best-Kept Secret.

Alan is a Troy Media Thought Leader. Why aren’t you?

Alan Cassels is a drug policy researcher affiliated with the School of Health Information Sciences at the University of Victoria. He has worked on a variety of research and evaluation studies for the past ten years focusing on the impact of provincial drug benefits policies on consumers and has specialized in examining how clinical research information and experience on drugs gets communicated to policy-makers, prescribers and consumers.