Why universal screening for autism is a good idea 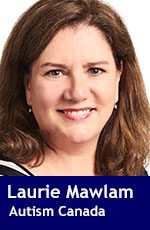 Over the years, Autism Canada has talked to thousands of parents and there has been a similar refrain. Early diagnosis didn’t happen for their children because too many well-intentioned health practitioners and educators dismissed early red flags and parental concerns in favour of a “wait and see” approach.

Autism, or Autism Spectrum Disorder (ASD), is a complex neurodevelopmental disorder that is characterized by difficulties with social communication, rigid, repetitive behaviours and uneven intellectual development. The causes for autism are unknown, but what we do know is that early diagnosis and interventions – such as speech, occupational and behavioural therapy – have real and lasting positive benefits on the child’s development.

Autism prevalence is high enough that it warrants universal screening. Autism is now being diagnosed in one in 68 children in the United States, according to the Centers for Disease Control and Prevention, and we believe these numbers to be similar in Canada. Autism can have a significant impact on a child and their family.

Combine this late detection of autism with the often months- or years-long wait times for diagnosis in the public health system, followed by months- or years-long waits for treatments in both the public health and education systems – not to mention age cut off dates for specific treatments in some provinces – and you have children who miss the opportunities that early intervention affords.

What we don’t want to see happening is for Canadian children to reach school age before being identified as having autism. But that is precisely what is happening too often already – and the cost affects us all.

A different sort of panel came to an opposite conclusion.

Just last year, an international panel of multi-disciplinary experts in screening and intervention specific to autism came out in favour of universal screening and endorsed autism screening for all children whether or not they show signs or have risk factors, which includes seeking signs of cognitive delay, among other indicators.

While the guidelines by the Canadian task force focus on overall developmental delay and are not intended to address autism specifically, this is not a case of comparing apples to oranges. There is a real threat that the task force recommendations include, by default, a recommendation against screening for autism too.

The call for early autism screening is loud and comes from many corners. The American Academy of Pediatrics has recommended screening for ASD at ages 18 and 24 months, and recent research suggests some atypical behaviors could be detected at even earlier ages.

Early screening and diagnosis leads to early intervention and improved outcomes. Evidence-based research tells us that early intervention can result in significant improvements in social communication, cognitive function and play skills. It makes a huge difference that we identify these children early and make available meaningful supports and treatment.

Universal screening could take the subjectivity out of the process and provide important data for future decision-making.

There are already screening tools that accurately identify toddlers at highest risk of ASD. These tools could easily be incorporated into screening during well-baby visits. For example, there is good evidence for the M-CHAT-R, a form which can be completed by the parent and scored by the physician in five to 10 minutes. There is virtually no risk in using this screening tool, yet there is a huge potential for high impact benefits.

This is why Autism Canada recommends continuous developmental surveillance and autism specific screening for all children at 18 months, 24 months and whenever a parent or child care provider expresses concern.

The task force may have passed on a universal screening for developmental delay in Canadian children, but we hope the Public Health Agency of Canada, which convened the panel, considers recommending universal screening for autism instead. The evidence supports such an action, the tools are already in place, now we just need the political will to make it happen.

Laurie Mawlam is the Executive Director of Autism Canada.

Laurie is a Troy Media Thought Leader. Why aren’t you?

Laurie Mawlam has been executive director of Autism Canada since 2006. In 2007, she founded the Canada Autism Spectrum Disorder Alliance (CASDA) with other key autism leaders. She sits as past-chair and treasurer.