While boys bully using physical violence, girls bully by gossiping, manipulating others to exclude a victim, teasing or spreading rumours 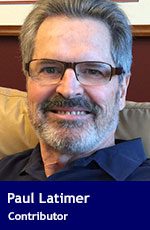 The subject of bullying is widely publicized every time a severe case of bullying results in a killing or suicide. Citizens and parents express outrage and disbelief that such an incident could happen right in their school or neighbourhood.

People are right to be outraged. This type of behaviour is potentially identifiable and preventable. Although bullying has likely been around forever, it has harmful long-term effects on both victim and bully.

In fact, it is a serious health concern that can cause a broad range of difficulties in the emotional, behavioural and social lives of those involved. I see adults every day in my psychiatric practice who bear the scars of these very destructive interactions that often occurred decades earlier.

Bullying is characterized by repeated physical or verbal interactions that are meant to be hostile, cause distress and involve a power difference between bully and victim.

Being either a bully or a victim is associated with an increase in difficulties across the lifespan. Bullies and victims are both at an increased risk for depression and suicide and both tend to have trouble with relationships throughout life.

For the bully, childhood power games lay the foundation for adult relationship problems such as workplace harassment, marital aggression, child abuse and elder abuse. Victims tend to develop low self-esteem, which also causes problems in future relationships and they can continue to be targets for abuse.

Children who bully are more likely to engage in illegal activities such as delinquency and substance abuse as they get older, while victims often develop an aversion to the school environment that can result in more absenteeism and ultimately limit their opportunities for growth and career advancement.

Victims of bullying tend to be lonelier as adults than those who were not victimized and they are also more likely to suffer from chronic anxiety and fear during adulthood.

Boys are three times more likely than girls to bully using physical violence. They are most likely to use direct physical aggression, yelling and assertions of dominance.

While girls are less likely to bully in general, they usually bully indirectly in hostile acts that unfold in peer relationships. For example, girls will gossip, manipulate others to exclude a victim, tease or spread rumours. These tactics can all be severely damaging to the self-esteem and well-being of their targets.

A much more active campaign is needed against bullying in schools. Too often, little or nothing is done to stop bullying behaviour and this can lead to permanent damage to all involved. Often victims are indirectly blamed for their victimization.

Since most bullying takes place in the less supervised places at school such as the playground, hallways and buses, improved supervision is sometimes beneficial. This will not be sufficient to stop the problem though, as bullying can also take place off school property or over the Internet.

For most children who are not involved in bullying, a general program to raise awareness and encourage intervening on behalf of victims may be sufficient. However, for the children affected, a more direct approach is necessary. The bully and victim both need to be spoken to, parents involved and specific interventions and goals established to correct the problem.

Intervention should be immediate and monitored and should focus on the serious emotional, psychological, physical, educational and social consequences of this kind of abuse.

While there are many intervention models that can be effective, it is crucial for educators, parents and students alike to be aware of the problem and to have zero tolerance for behaviour that victimizes people. While much more research needs to be done on how best to intervene, let’s not wait for certainty before doing what we can to stop bullying now.