Talking to my elders about coping with anxiety

When crisis strikes, I instinctively wonder if there are any parallels and guidance I can take from my elders’ lives 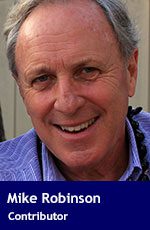 The reasons are ample:

Who knows what next week will bring?

All this forces me into ‘rowboat thinking’ mode. For some reason, when crisis strikes, I always instinctively wonder if there are any parallels I can draw from my elders’ lives and what guidance I can take.

What can I learn from them by looking back as I row forward in life?

In theory, this is a great method of reconciling my anxiety with coping mechanisms that are tried and true.

The problem is that as I age, my list of living elders gets smaller. Nevertheless, given that I’ve sought insight in this fashion for decades, I can still, at the appropriate time, recall the words of those who have passed on.

For instance, my paternal grandfather, Basil Oswin Robinson (1887 to 1976), talked of how he and his company prepared for a horrific shelling during the First World War Battle of Passchendaele in September 1917. Their commanding officer had already been killed, and my grandfather, who was a non-commissioned officer, took command of a surviving group of 40 men.

“I told them all to take cover in a nearby shell crater and to keep their heads down,” he told me decades later. “Then, because there was nothing else to do, I ordered them to sing Roses of Picardy, a song that was popular at the time.

“We were well into it when an artillery shell burst overhead, rendering me unconscious. Many of the men were killed outright. When I came to, I was on a stretcher en route to a first-aid tent with a major head wound and blind in my left eye.”

After recalling this moment, he would occasionally burst into song:

When totally up against horrific odds, he found solace in music – in a popular song about first love. “There is nothing like music to lift your spirits!” he would add.

My mother, now 97 and still making her own way in a retirement home, has also lived through her share of anxieties.

I asked her recently, “Which one was closest to how you’re feeling right now in the age of COVID-19?”

She answered, “When my brother Dave got polio.”

She remembers this as a pre-teen event for them both. There was great fear about polio contagion in the small northern British Columbia community of Williams Lake where she lived. She and her brother were quarantined in the family house for several months and even though my mother was asymptomatic, she wasn’t able to play with her friends or attend school.

She remembers that her father took her to his work (he was a B.C. Department of Highways engineer) at a series of new construction projects. She saw blasting rock, bridge building and general construction first-hand, as long as she stayed in his car.

Being able to get out and about with her dad made the quarantine tolerable, and it gave her father an opportunity to better explain his work to his eldest child. That sense of family togetherness is still felt 90 years later.

The takeaways from my rowboat analysis of elder anxiety cures are ultimately simple: surround yourself with beautiful music and spend quality time with your favourite family members.

And the roses will die with the summertime,
And our roads may be far apart,
But there’s one rose that dies not in Picardy,
’Tis the rose that I keep in my heart