The lazy, hazy – and regenerating – days of summer

Our summers were a collage of friends, exploration, interaction, self-discovery. We were doing everything. Our kids deserve the same 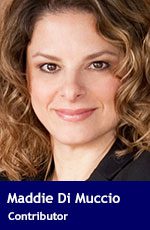 Millions of Canadian children are no doubt thrilled as summer holidays begin this week, after months of classrooms, tests and teachers.

Most of us remember the long and lazy days of summer – an entire two months of winding down after a structured 10 months of schooling. For many of us raising kids today, summer in our childhoods meant no structure: unrestricted wake and bed times, long days exploring the neighbourhood with our friends, and simply enjoying the sanctuary of a quiet two months without the pressures of schooling.

But today’s parents feel the need to organize their school-aged children’s summers to ensure they can fit the most activity and fun in a limited 11-week window. It’s not cheap, either. Summer day camps range from $700 to $,1500 a week per child – not a small sum for most families.

Some parents use the time to pack in the things they couldn’t do over the winter months. Swimming and music lessons, or extra math tutoring can quickly fill up a kid’s summer calendar.

But is this organized activity doing more harm than good?

It’s difficult to say whether the strict scheduling of activities has become a point of stress in children’s lives, but we see an alarming increase in the rate of mental health problems in Canadian youth. Approximately 1.2 million Canadian children suffer from mental illness. In Ontario alone, one in five kids struggles with mental health issues, with anxiety rating high on the scale.

It’s impossible to pinpoint problems since they vary along the socio-economic spectrum, but it’s fair to say that increasing mental illness among youth doesn’t discriminate in gender or economic status.

Before the Internet and Xbox became staples of childhood play, the outdoors carved our childhood experiences and, later, our memories.

In the long days of summer, kids were out of the house shortly after dawn and sometimes not back until after sunset. Time stood still as we explored the woods and caught guppies in the creek. Bike rides to the local store meant enjoying an ice cream. Neighbourhood fireworks and chasing fireflies brought us joy. Watching thunderstorms made us feel awe. Staying up late to watch the stars and the moon in the night sky helped us imagine. Lying on the grass while the sun warmed us brought us to reflection – sometimes being alone and daydreaming could last for hours.

It was during these important 11 weeks that we reflected and grew. Our summers were a collage of friends, exploration and discovery, day trips, interaction with others and, most importantly, with ourselves. We were not doing nothing. We were doing everything. Going to camp was a luxury.

In September, when we went back to school, the teacher’s first assignment was to ask us write about our summer. Even educators valued the precious time those weeks brought us and understood its importance in our lives.

The summer months were – and remain – a perfect time for families to reconnect. For children suffering mental health issues especially, the months off school should become a sanctuary of down time and reflection.

So, to the parents of children about to embark on their summer adventure, I remind them that the greatest gift you can give your child is your time and theirs.

Maddie Di Muccio is a former town councillor in Newmarket, Ont., and former columnist with the Toronto Sun. Often appearing on talk radio and TV, she focuses on educational and political reform.