Housing affordability lies at the very heart of inequality

Government land-use regulations a principal source of this inequality 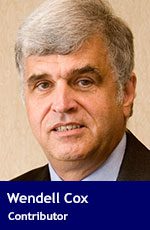 Canada’s housing affordability crisis is a matter of considerable concern, especially for young people trying to buy a house. The worst problems are in the Vancouver and Toronto markets with their excessive land-use regulation.

Extensive international research associates stronger land-use regulation with diminished housing affordability. Vancouver and Toronto are experiencing substantial net migration of people to other markets in British Columbia and Ontario, where housing tends to be less costly. But housing affordability is deteriorating in markets subject to similar regulations.

This is illustrated in Demographia Housing Affordability in Canada, a report just released by the Frontier Centre for Public Policy. It rates housing affordability in 46 Canadian markets (census metropolitan areas or CMAs).

Vancouver has a median price to pre-tax household income ratio (median multiple) of 13.3, which has more than tripled over the past half-century. In Toronto, the median multiple is 10.5, a near tripling since 2000.

Vancouver and Toronto are the third and 10th least affordable among the 92 markets in eight nations: Australia, Canada, China, Ireland, New Zealand, Singapore, the United Kingdom and the United States.

During the pandemic, severely unaffordable housing has occurred in Montreal, Ottawa-Gatineau, Halifax, Charlottetown and Whitehorse.

But some markets are much more affordable, especially in the Prairies, Atlantic Canada and Quebec, outside Montreal. Among the larger markets, the most affordable are Edmonton (3.6), Quebec (3.7), Winnipeg (4.0) and Calgary (4.0).

There’s increasing concern about inequality because housing affordability is the very heart of inequality. When house prices triple relative to incomes, homeowners in the escalating markets gain, while those in markets with less escalation lose ground. Younger households, even those already in an expensive market, face greater inequality. Finally, renters – without house equity – face the largest losses. The reality is that when house prices rise faster than incomes, inequality inevitably increases.

Governments are a principal source of this inequality through their land-use regulations associated with diminished housing affordability. A principal example is ‘urban containment’ policy, which includes strategies like urban growth boundaries, greenbelts and agricultural preserves. These policies are intended to stop urban expansion but have driven up land prices in remaining urban areas where new houses can be built. Before the pandemic, all of the markets rated as severely unaffordable in Demographia International Housing Affordability were subject to urban containment regulations.

Moreover, these prohibitive land costs are principally beyond the control of any of the municipalities in larger markets, such as Vancouver, Toronto and Montreal. The substantially-elevated land values at the urban periphery and throughout the urban area are largely driven by provincial laws and policies.

Where housing has become severely unaffordable, especially in British Columbia, Ontario and the Montreal CMA, policies should be restructured to reduce peripheral land values so house prices generally rise no faster than incomes.

Wendell Cox is a senior fellow at the Frontier Centre for Public Policy and a principal at Demographia.com.

Wendell Cox is a consultant specializing in urban policy (housing, land use, transportation, governance), demographics and intercity transport and a policy advisor to The Heartland Institute.