The results of the MyDemocracy.ca poll show a remarkably broad consensus that winner-take-all politics is not what Canadians want 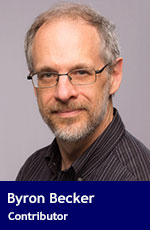 A recent Canadian Press story carried a headline claiming that Canadians are content with our electoral system.

A better headline for the story by Terry Pedwell would have been: “Eighty per cent of Canadians believe our democracy could be improved.”

The story reported on the results of the federal government’s website on electoral reform values, MyDemocracy.ca. Postcards sent to every Canadian household invited them to participate between Dec. 5, 2016, and Jan. 15, 2017.

The MyDemocracy.ca question that generated the headline was “In general, how satisfied are you with the way democracy works in Canada?” That’s significantly different from asking how the electoral or voting system works.

Seventy per cent want several parties to agree before a decision is made.

Sixty-two per cent agree that it’s better for several parties to govern together, even if it takes longer to get things done. And 62 per cent agreed that governments should have to negotiate their policy decisions with other parties in Parliament, even if it’s less clear who’s accountable for the resulting policy.

More than two-thirds of us, 68 per cent, agree that the party that wins the most seats still needs to compromise with the other parties, even if it means reconsidering some of its policies.

Notice that the last three questions – and many others in the survey – contain a negative clause at the end of the question: “Do you agree … even if ….” It would be interesting to see how much greater the agreement would be without trying to bias the results against change.

These findings indicate Canadians are ready to change our first-past-the-post electoral system in which a party can get 100 per cent of the power with less than 40 per cent of the votes. It’s a system engineered to produce governments that can impose their will without collaborating with other parties.

Proportional systems usually result in governments where no one party has all of the power and thus several parties must collaborate. This helps ensure that policies are accepted by a broad cross-section of citizens.

The Liberals (and the New Democrats and the Greens) promised in the last election to replace our electoral system with something better. But now the Liberals appear to be getting cold feet about implementing their promise.

They’ve claimed there’s no consensus. But MyDemocracy.ca – their own tool – shows a remarkably broad consensus that winner-take-all politics is not what Canadians want.

The MyDemocracy.ca results are consistent with the testimony to the parliamentary Special Committee on Electoral Reform. Eighty-eight per cent of the experts who expressed an opinion on reform suggested some form of proportional representation (systems that lead to cross-party collaboration).

The MyDemocracy.ca results are also consistent with the town hall meetings held across the country by the electoral reform committee. According to NDP record-keeping, 87.4 per cent of the participants who spoke supported proportional representation.

It’s time for the Liberals to act on their election promise to replace first-past-the-post with a modern electoral system that helps generate collaborative governments.

Byron Weber Becker has generated computer models of many electoral systems in a Canadian context and presented those findings to the Electoral Reform Committee. He teaches computer science at the University of Waterloo.

Byron is a Troy Media Thought Leader. Why aren’t you?