Cross-border beer and the case for in-Canada free trade

Free trade continues to be valued, as it was at Confederation, both for its economic benefits and its potential to promote Canadian unity 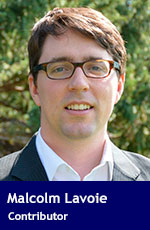 What will become of the New Brunswick court case that promised to free the beer, along with other goods traded across provincial borders?

In April, provincial court Judge Ronald LeBlanc ruled that the effective ban on liquor purchased out of province was unconstitutional. His ruling cited Section 121 of the Constitution Act, 1867, which requires that goods from one province be “admitted free” into any other.

In striking down the New Brunswick law, the court had to deal with a series of precedents that had narrowed Section 121 to the point of insignificance, holding that that the provision only ruled out customs tariffs on interprovincial trade, not other types of barriers. The judge overcame these precedents, in part, by appealing to the original meaning of the Constitution.

Thanks to some valuable research by lawyer Ian Blue, it’s now clear that the framers of the Constitution envisaged robust protection for free trade, not just a ban on customs duties. In fact, the framers were quite familiar with “non-tariff” trade barriers of the kind erected by the United States under its 19th century Reciprocity Treaty with the British colonies of North America. While pre-Confederation free-trade statutes in the colonies indicated only that goods were to be admitted free “from duty,” the broader language of Section 121 seems to reflect a conscious decision to prohibit more than just tariffs.

Many will find this line of reasoning persuasive. Yet there are those who will object that, in Canada, courts are not bound by the original meaning of the constitutional text. As the Supreme Court likes to remind us from time to time, the Constitution is a “living tree” capable of growth and adaptation. What the Constitution meant in 1867 is not dispositive.

For this reason, if the decision in the case of beer transporter Gerard Comeau rests on originalist reasoning alone, it’s vulnerable on appeal. For instance, the province of New Brunswick will likely argue that the meaning of the constitutional free-trade provision has changed over time to reflect new realities, including wide-ranging provincial economic regulation that inevitably gives rise to trade barriers.

So does the “living tree” approach condemn us to expensive beer, along with the other negative effects of interprovincial trade barriers?

Not necessarily. As I argue in a recent research paper on the topic, robust free-trade protections accord with contemporary Canadian values. So jurisprudence can be developed to draw an appropriate balance between protecting the common market and providing for provincial regulatory authority.

While things are becoming less certain in other countries, in Canada a cross-party consensus still favours free trade. This is seen in the push for international trade deals, as well as in the recent agreement between the provinces and the federal government to lower interprovincial trade barriers. Free trade continues to be valued, as it was at Confederation, both for its economic benefits and its potential to promote Canadian unity. The framers’ attitude towards free trade, as reflected in the Constitution, is not some anachronism, like the property qualifications for senators. The case for free trade continues to resonate with Canadians.

Moreover, the experience of the U.S. and Australia – which both provide robust constitutional protections for internal trade – shows it’s possible for courts to strike down unjustified trade barriers while providing ample space for government regulatory authority.

The key is the concept of discriminatory treatment. If a regulation treats out-of-province goods differently from in-province goods, it’s probably unjustified. A rule of this nature leaves provinces with ample room to regulate their economies.

The notion that the Comeau decision will necessarily undermine the structure of Canadian federalism, or hamstring provincial regulatory powers, is fundamentally misguided and ignores the experiences of other jurisdictions with constitutional free-trade protections.

As the Comeau litigation winds its way up the Canadian court system, a lot of attention will rightly focus on the original public meaning of Section 121.

But you don’t need to be an originalist to hope that the Supreme Court enforces the Constitution’s guarantee of a common market.

Keeping up with the times on free trade leads right back to 1867.

Malcolm Lavoie is a doctoral candidate at Harvard Law School.

Malcolm is a Troy Media Thought Leader. Why aren’t you?

Malcolm Lavoie joined the University of Alberta Faculty of Law in 2015. His research deals with property law, Aboriginal law, and the intersection between private law and constitutional law. He holds a B.A. (Hons.) in Economics from the University of British Columbia; M.Sc. (Distinction) in Political Theory from the London School of Economics; B.C.L. and LL.B. from the McGill University Faculty of Law; and LL.M. and S.J.D. from Harvard Law School.