Don’t count on government to police the internet

Instead of embracing its liberating capabilities, the government is opting for woke conformity 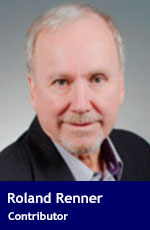 Our right to free expression on the internet is being challenged by both the tech platforms and governments that want to control not only activities that are already illegal, but any news or material that makes some people feel unsafe.

The infiltration of woke values into both big tech and big government is evident from the vocabulary. As expressed during a consultation last year, “What about the legal but appalling?”

There have always been acceptable use policies, and users have always been liable to have their accounts cancelled for violations. Fraud, child pornography, bullying and harassment, and the promotion of terrorism are all good reasons for cancelling an account. There are already laws against these things. Hate speech is trickier because the definition is subjective.

Due to the network effect, the big tech platforms developed monopoly powers. The more people added to the network, the more valuable it becomes for every other user. Users concentrate in larger networks.

Acceptable use gradually began to take on political dimensions. Young employees hired by the platforms to enforce acceptable use were influenced by woke culture at universities. That culture claims, among other things, that people have a right not to have their feelings hurt, especially if it relates to their identity group status, and this right trumps the right of free speech. The strongest expression is the slogan “Free speech is hate speech.” Now, who defines hate speech?

There’s a case for government action against online harms due to the monopoly powers of big tech, and our federal government has been getting involved. This follows last year’s consultations, where government proposals were heavily criticized. It’s now seeking expert advice and recommendations to help answer the question.

In Social Media Responsibility and Free Speech, Konrad von Finckenstein and Peter Menzies, both former Canadian Radio-television and Telecommunications Commission (CRTC) commissioners, recommend oversight of the platforms’ acceptable use policies and enforcement programs, general directions for those programs and an appeal mechanism. But it keeps the government out of the day-to-day details of individual cases.

The authors address the scale problem – the massive overreach of a national government trying to regulate a global phenomenon where Canadian activity is a tiny fraction.

The federal government has been active on many internet issues, and its legislative initiatives give cause for alarm. Most of these initiatives are driven by Canadian Heritage, a department that has a very national focus, like broadcasting and monuments, and lacks technical expertise that would give it a better grasp of the difficulties involved in what it’s trying to do.

It has already subsidized newspapers. Bill C-11 tries to harness big tech to the traditional Canadian broadcasting system. Bill C-18 would force big tech to pay newspapers for the media links they generate. Bill S-7 from the Senate would clarify search and seizure rules of your electronic devices at border crossings. Bill C-36 will have a look at defining hate speech. Taken together, these initiatives are a massive government intervention to regulate the internet.

Bill C-11 would require Netflix et al. to pay into Canadian production capability, like cable companies. How will the regulator distinguish between who is a broadcaster (Netflix, Prime) and ordinary internet users?

This is the issue of user-generated content. At what point or threshold will organizations or individuals fall under regulatory supervision for posting videos? Netflix and others are already producing video in Canada, and the Canadian production industry has been a great success for the past 10 years. It’s time to move on.

Bill C-18 addresses the consequences of the internet replacing traditional news media, particularly newspapers. The government is trying to prop up the media gatekeepers to filter fake news and decide what’s important when many internet users have chosen to work around them. Forcing the platforms to pay Canadian newspapers for the social media links they generate is beyond the pale and may well violate international trade agreements. If anything, as columnist Andrew Coyne recently pointed out, the payment should be the other way around since social media links generate readership.

There’s a role for government in defining and policing online harm. Unfortunately, our federal government has a terrible record in its proposals to regulate the internet. Instead of embracing the internet as a technology of the future, it has tried to adapt it to the economic structures of the past. Instead of embracing its liberating capabilities, it has opted for woke conformity.

Roland Renner is a senior fellow at the Frontier Centre for Public Policy. He owns a consulting company assisting competitive telecom companies.

A former employee of Bell and Telesat, Roland Renner assists companies competing with Telco, cable, and satellite incumbents, including Hunter Communications, owner of a GEO satellite beam with high-power northern Canadian service capability.
He has participated in the transition of telecommunications and broadcasting from monopoly to competition policy and regulatory environments and has been involved in numerous regulatory proceedings. He held management positions at Bell Canada and Telesat Canada. As a consultant, he worked with PwC Consulting and Nordicity Group and advised clients on new market opportunities in a changing regulatory climate. He has worked for both public and private sector clients in Canada, Germany, Bahamas, Trinidad & Tobago, Israel, Saudi Arabia and Pakistan.