Regional divisions will continue to deepen without real Senate reform 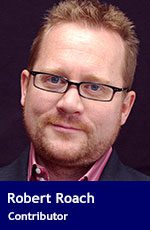 Just when you thought the state of the debate about reforming Canada’s Senate couldn’t get any sadder, federal Conservative Party leadership hopeful Kevin O’Leary has floated the idea of selling Senate seats.

Serious or not, O’Leary’s proposal is in keeping with Prime Minister Justin Trudeau’s vision of the Senate as little more than a blue-ribbon advisory panel. Trudeau wants the upper house to be filled with admirable Canadians who provide friendly, non-partisan advice to the government. His recent appointments are a step in this direction.

What O’Leary and Trudeau don’t seem to understand is that the Senate has a much more important role to play – a role that’s vital to the success of our country.

That role is rooted in two facts.

There’s much that unites us, but the issues, priorities, needs and perspectives of Canadians are not uniform. Where we call home within Canada is one of the reasons for the variation. Place matters. The world looks different from Whitehorse than from Winnipeg, from Halifax than from Toronto, from West Vancouver than from Trois-Rivières, and so on.

These differences need to be understood, respected and integrated into the whole. To the extent that we do this, Canada is stronger and richer – economically and culturally.

Unfortunately, the House of Commons and the federal cabinet aren’t particularly good at fighting (representing isn’t good enough) for regional interests. Because Canada’s population is unevenly distributed, the House is dominated by the heavily-populated central regions of Canada, with smaller regions sometimes managing to play spoiler when the two big kids don’t get along.

It’s not designed to be otherwise.

Yes, the prime minister is careful to include MPs from across the country in the cabinet. But this is largely a symbolic gesture.

And yes, provincial premiers can, and do, stand up for the interests of their constituents. But they can’t actually vote on federal policy. Premier Brad Wall, for example, can’t lead a vote against the federal carbon tax he feels would harm the people of Saskatchewan.

A democratically-elected – and therefore powerful – Senate with a seat distribution designed to give an equal voice to the country’s regions would guarantee that regional majorities in the House of Commons could not run roughshod over regional minorities. This doesn’t mean that every part of Canada would always get its way. But no part could be ignored with impunity.

This brings us to the second fact.

Canada is a liberal democracy and the winner-take-all system we’ve come to depend on is, slowly but surely, killing the liberal principles we should be taking pains to preserve. It’s not supposed to be a system in which one party wins the election and pretty much gets to do what it wants until ousted by another party, which then does what it wants until booted out, and so on.

In a true liberal democracy, checks and balances prevent this kind of mob rule. Minorities of all kinds – including territorially-based ones – are protected. This is why, for example, little old North Dakota has the same number of seats (two) as California in the U.S. Senate. Having more people is not the only consideration in a liberal democracy.

We need to design a Senate that’s elected and regionally balanced. Getting this right will not be easy. Nonetheless, it’s far from impossible.

Taking on the challenge of true Senate reform requires a commitment to a much messier political process in Ottawa. A legitimate Senate, actively defending diverse regional interests, would complicate the passage of legislation. It would require more time, more compromises, more debate – in short, more politics. There’s also a real chance it would mean more government rather than better government.

The risks of meaningful Senate reform are real, whereas turning the Senate into a handy focus group or honourary council is a safe option. But liberal democracy and the rich diversity of Canada will not be preserved through safe options.

Robert Roach is a Senior Analyst with ATB Financial’s Economics and Research Team. The opinions expressed in this column are his own.

Robert is one of our contributors. For interview requests, click here.

Robert Roach a strategic thinker with over 25 years of experience analyzing, commenting on, and proposing solutions to economic and public policy issues. From research design and methods to the presentation of findings and recommendations, he has deep expertise in all aspects of the policy analysis process.