The case for vaccine mandates is collapsing

It's more about a grab for power than about public health 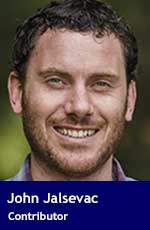 “The unvaxxed, I really feel like pissing them off,” said French President Emanuel Macron a few days ago. “And so we’re going to keep on doing that, to the very end. That’s the strategy.”

In an interview in September, an outraged Justin Trudeau accused unvaccinated Canadians of being “extremists” who are “often misogynistic and racist.” “They are a small group that occupy a loud space and a decision needs to be made,” he added. “Do we tolerate these people?”

A few days ago, a clip from an interview that Bill Gates gave to CNN’s Anderson Cooper in August went viral. During the interview, Cooper asked Gates if he thought the federal government should revoke social security from the unvaxxed. His breezy matter-of-factness did not give the impression that he thought taking away the livelihood of senior citizens is the outrageously cruel proposal that it manifestly is.

A few months ago, the Toronto Star, Canada’s largest newspaper, ran a series of Twitter posts on its front page showcasing the dwindling patience of the vaccinated for the unvaccinated. “I have no empathy left for the wilfully unvaccinated. Let them die,” said one. “I honestly don’t care if they die from COVID. Not even a little bit,” read another. Another suggested that the unvaccinated be refused health care.

The Star’s public editor subsequently apologized for that catastrophically misguided feature, a blot on Canada’s reputation for kindness and tolerance. But that didn’t stop the paper from running an editorial a few days ago, urging the government to “turn the screws” on the unvaccinated, singling them out for blame for “for the restraints under which Canadians are currently required to live.”

Vaccine mandates are, of course, intended to protect public health and save lives. After all, what else would they be for? One writer, Geoff Schullenberger, has recently suggested another plausible alternative: They are – or, at least, are increasingly becoming – a vehicle for signalling belonging to a political tribe and punishing one’s ideological foes.

One doesn’t like to think that public health policy could be motivated by anything so juvenile as that. And yet, the troubling escalation of and excesses in rhetoric suggest that, in some cases, it may well be. This was always the risk with the mandates, of course. The problem with coercive measures, as Schullenberger notes, “is that they risk conflating intention and outcome.” In which case, support for the mandates comes to be driven not by empirical evidence that they are working but rather by a conviction that they are, in some abstract moral sense, “the right thing to do.”

True, there may be another, more sinister motivation at work, though one hesitates to mention it. Despite the claims of our technocrats that if everybody only did what they were told, Covid would be controlled and eliminated, the virus has so far refused to comply. Even previously successful zero-COVID jurisdictions like Australia, with all their ideal geographic advantages, are now facing the reality that, with the hyper-transmissible Omicron variant, community spread and endemicity are inevitable. In the face of this uncontrollable tsunami of infections, politicians will inevitably grope about for the nearest scapegoat. If only for this reason, we must be quick to reject any hint of rhetoric “othering” the unvaccinated.

Schullenberger is right to single out the “remarkable incuriosity” of our political and chattering classes about whether the mandates passed so far have actually accomplished what they were supposedly intended to. Are mandates having an appreciable impact in increasing vaccinations, and ultimately (the only metric that really matters) curbing the spread of disease and saving lives? Meanwhile, what are the costs: to social cohesion, to long-term trust in authorities? These questions scarcely ever get asked, let alone answered.

The only recent example I can think of – an analysis in the New York Times – found that U.S. states with mandates had no higher vaccination rate than states without. But if the case for the mandates was already shaky, in the age of Omicron it has fallen to pieces. The evidence is overwhelming that, despite initial optimism and data suggesting that the vaccines could lead to herd immunity, vaccine efficacy against symptomatic infection has collapsed. Even worse, the mandates are now leading to staffing shortages in hospitals and clinics, among police, firefighters and other first responders, counterintuitively producing a public health deficit.

If vaccines no longer meaningfully slow or prevent infection, and the mandates haven’t increased vaccinations, then what’s the public health rationale for barring the unvaccinated from restaurants and movie theatres, again? There isn’t one. All that’s left is tribal virtue-signalling and (alas) vindictiveness: i.e., a desire to separate the sheep from the goats, to punish those who did “the wrong thing,” and to privilege and comfort those who “followed the rules” and did “the right thing.”

As the prime minister of New Zealand put it a few months ago in a moment of troubling candour, vaccine mandates aren’t just about increasing vaccination rates. They’re also, she said, a tool to give “confidence” to the vaccinated. “People who are vaccinated want to know that they’re around other vaccinated people,” she said while cheerily agreeing that she is creating a “two-class” society. “That is something that I think we should offer to people who have been vaccinated, that confidence that we’re doing everything we can to keep them safe.”

Protecting the feelings of one group in society over another is not, of course, any way to conduct public health policy. Remarks like this do little to inspire confidence that cool-headed, empirically-driven public health considerations are in the driver’s seat or will prevail in the end. Too often, it seems as if the mandates are simply being retrofitted into the framework of our political tribalization: just one more tool to express our a priori loyalties and to “own” the other.

Hence, at the very moment that the case for the mandates is collapsing, the mandate zealots are doubling down, chasing a particularly perverse form of the sunk cost fallacy. “Turn the screw,” urges the Toronto Star. “[R]aise the cost” of this “demonstrably anti-social behaviour.” One wonders: How high? How high are we willing to raise the cost? How will we know when to stop or when we have gone too far? The Star, for its part, suggests that everything short of banning the unvaxxed from “all social services” is on the table. But then again, experience suggests that what is not on the table today may well be on the table tomorrow. After all, it was only a few short months ago that even Trudeau proclaimed vaccine mandates to be un-Canadian. How quickly times change.

At the beginning of the pandemic many of us hoped that the crisis might help people overcome these tribal divisions and unite against a common threat. Except for a few weeks in the beginning, that largely did not happen. But it is never too late.

The mandates are not doing what they were promised to do. Indeed, there are hints they are doing the opposite: provoking psychological reactance among the vaccine-skeptical, further entrenching them in their suspicion that the vaccines are less about public health than they are about power. While they may be wrong about that, the one way I can think of to prove them right is to bring down the full weight of the coercive power of the state on their heads.

Although I am happily vaccinated and believe that most people should be vaccinated, I know many who are vaccine-hesitant. None of them have gotten vaccinated in response to Ontario’s vaccine passport, which bars them from public venues and restaurants. Some, however, who were previously considering getting vaccinated have said that they will certainly not get vaccinated now that it has come down to a choice of whether or not to cooperate with an unjust mandate. Turning up the heat may eventually convince a per cent or two more to cave, but for the remainder this has now become an existential struggle against what they perceive as an increasingly totalitarian effort. Just how far are we willing to go to break the resolve of that last few per cent?

The growing impression that some pro-mandate politicians are increasingly motivated by personal animus towards the unvaccinated, and that some governments intend to double down on coercion regardless of whether or not doing so provably advances public health, is not helping. Without a course correction, there is a very real risk that the deep divisions and distrust fomented by misguided mandates will remain with us for years, if not decades, imperilling our ability to respond effectively to future public health crises.

Even if those of us who are vaccinated disagree with the misinformation being spread or the choices being made by the unvaccinated, it is time for us to unite in opposition to coercive policies that are further dividing us, sowing fear, distrust, and anger, and which have utterly failed to achieve the public health outcomes that they were ostensibly designed to achieve.

John Jalsevac is currently working on his PhD in medieval philosophy at the University of Toronto, where he is a Faculty of Arts and Science Top (FAST) fellow.