Every dollar spent on white elephant vanity projects reduces the money that could be spent on schools, hospitals 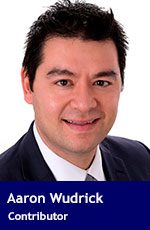 If a door-to-door salesman pitched you on a “win-win” sale, your first reaction would probably be skepticism. Unfortunately, a similar level of skepticism is called for whenever a politician declares their latest spending project to be a “win-win.”

That’s exactly what Prime Minister Justin Trudeau affirmed was the case when he announced that the “independent” Canada Infrastructure Bank (CIB) would be spending $10 billion over the next three years on a list of things that just happen to align precisely with his government’s own priorities. The plan, he declared, would create 60,000 jobs, all while fighting climate change to boot! What’s not to love?

For starters, there is the curious transformation of the CIB from a purportedly arms-length entity (“governed by an independent board of directors”), into a de facto government department that co-hosts press conferences with its political masters. What happened to the need to give confidence to prospective private-sector partners that their investments would be inoculated from political interference?

Even stranger, it turns out that the $10 billion in question doesn’t actually represent new money: it’s simply part of the CIB’s existing budget, which, even more strangely for a government entity, it couldn’t seem to figure out how to spend over the past three years. (Given the state of the country’s finances, perhaps we should thank it.)

Apparently, the Trudeau government has now solved this problem for the CIB by simply telling it where to spend the money. But perhaps we needn’t worry, because this is not any old spending. It’s infrastructure spending. This, we are often told, is very different than regular spending. It’s big! It’s bold! It’s forward-looking! It’s an “investment.”

The notion that not every “investment” yields a positive return does not seem to occur to politicians. But it happens – a lot. Just ask Japan, which embarked on a massive infrastructure spending plan in the 1990s and 2000s with the goal of stimulating its moribund economy. The result: government debt at 180 per cent of GDP and anemic economic growth. It turns out building bridges to nowhere is a bad idea.

Worse, government-led projects can crowd out viable private-sector ones, leading to a tragic misallocation of resources. We can’t know for sure, but for every bridge to nowhere that consumed scarce labour and money, there might have been 1,000 other, less politically favoured, projects that would have been far more useful.

Another problem is the nebulous definition of the term “infrastructure” itself. Ever since the Trudeau government began applying the label to all and sundry, including such new innovations as “social” and “green” infrastructure, it has been necessary to first establish when it’s proposing to build actual infrastructure, and when it’s simply proposing more program spending.

But looking at the Trudeau government’s recent announcement in particular, there are huge red flags. Retrofitting (i.e., renovating) buildings may lead to reductions in carbon emissions, but there’s no guaranteed long-term economic benefit. Clean power has already been subsidized to the hilt and, in some cases, has inflicted immense economic damage. And blindly splurging on transit such as electric buses when the pandemic may have permanently altered traffic and commuting levels – and therefore the demand for transit in the first place – seems dubious.

All of which brings us to perhaps the greatest danger of ill-advised infrastructure spending: the opportunity cost. Every dollar spent on a white elephant project had an alternative use, either by government or taxpayers. That dollar could have gone into a school or a hospital or remained in the pockets of Canadian families and businesses to direct to their own priorities.

Contrary to some of its boosters, infrastructure isn’t a magic category of spending that’s immune to waste. Politicians can, and do, screw it up as badly as they do run-of-the-mill programs. Before the pandemic, the CIB couldn’t identify projects that were enticing enough to secure private investors. That politicians are now driving the (electric) bus and insisting future investments will be a “win-win” should make Canadians very worried indeed.

Aaron Wudrick is Federal Director of the Canadian Taxpayers Federation.

Aaron is a Troy Media contributor. Why aren’t you?