The courts must start to interpret the Constitution as written 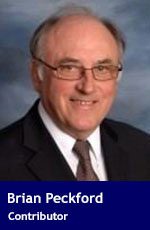 The federal and provincial governments of Canada have allowed the Constitution’s separation of powers outlined in Section 92 of the British North American (BNA) Act to be blurred – disfigured even.

Section 92 (7) outlines exclusive jurisdiction over health to be provincial. But since the introduction of the Canada Health Act, the federal government – with the agreement of the provinces – has been playing a larger and larger role in helping finance health care across the country.

The general formula for amending the Constitution is the agreement of the federal government (House of Commons and Senate) and seven provincial legislative assemblies representing 50 per cent of the population, according to Section 38 of the Constitution Act of 1982.

Given that five provinces also depend on extra federal financing through equalization, which is protected by the Constitution (Section 36 (2), there aren’t the numbers to make the amending formula operational. There’s an incentive to keep the status quo because it serves the provinces to not raise their taxes but call out for more federal dollars, even though exclusive jurisdiction lies with the provinces.

Add to that the growing federal dollars going to post-secondary education and social services in the provinces (from $12 billion to $15 billion in nine years), and you have a whopping federal presence in these other areas as well. And these areas are largely provincial under the Constitution.

So, like the judiciary, governments have been changing the nature and structure of the country for many years without a shot being fired or a constitutional amendment being enacted.

That’s why I’ve consistently argued for more massive citizen engagement to influence the courts to interpret the Constitution as written – its plain meaning – and to reassert the legitimate role of federal and provincial legislators, the integrity of Parliament and those elected. That will decrease the illegitimate power that first ministers have stolen and re-establish integrity in political parties.

Otherwise, the steady drip of eroding freedom will erupt into an avalanche, disfiguring our country from what was to be a reasonable example of democratic federalism.

Brian Peckford, former premier of Newfoundland and Labrador, is the last living first minister who helped craft the charter and is chairman of Taking Back Our Freedoms. This column was supplied by the Frontier Centre for Public Policy.