Say no to a carbon tax, for the sake of your children 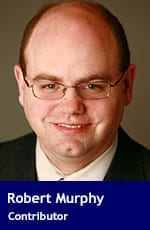 I work on environmental and energy economics in both Canada and the United States. I’ve noticed that U.S. debates tend to focus on abstract principles – “capitalism versus socialism,” for example – whereas Canadians tend to put aside ideology and inquire about the empirical details. In this context, and as Canada’s political parties rollout their climate plans for the federal election in October, I’m here to report to Canadians that many of the extreme policy ideas you’re hearing will do more harm than the climate change they are meant to prevent.

For example, consider the popular idea of limiting cumulative global warming to (at most) two degrees Celsius or (if possible) 1.5 degrees Celsius. These targets have become so mainstream that the United Nations Intergovernmental Panel on Climate Change (IPCC) issued a special report last fall advising governments on various policies that could give humanity a shot at hitting the 1.5 degree target.

But according to the most reputable work on the topic, achieving that target would cause far more harm than benefit. In fact, on the very same weekend the UN issued its report, Yale’s William Nordhaus won the Nobel (Memorial) Prize in economics for his pioneering work on the economics of climate policy.

While the UN report showed governments how they might limit warming to 1.5°C, Nordhaus’ model (in its 2017 calibration) suggested an “optimal carbon tax” that would allow for 3.5°C of warming – in other words, 1.5°C is too aggressive a target and would leave the world worse off than allowing more warming and higher emissions, because people would have to switch to higher-cost methods of power generation and transportation. Moreover, using earlier versions of Nordhaus’ model, I demonstrated that the UN goal would cause more damage (through higher energy prices) than unrestricted climate change would. In other words, it would be better for governments to “do nothing” rather than enact draconian restrictions on emissions in the hope of limiting warming to 1.5°C.

For another example of how economic research doesn’t support the alarmist rhetoric, consider the issue of “intergenerational justice,” which demands we drastically cut back on emissions today so we can hand over a better world to future generations.

Here again, detailed models of climate change and its impacts don’t support this conclusion. For example, a new working paper from a team of prominent economists (including Laurence Kotlikoff and Jeffrey Sachs) shows that even a modest carbon tax by itself would actually cause more harm (by making energy more expensive) than benefit to our children and possibly our grandchildren. In the model, it’s only for humans born 45 years after the carbon tax is implemented that the benefits from mitigated climate change outweigh the harms from higher energy prices. (To be clear, Kotlikoff, Sachs and their co-authors support a carbon tax; in the paper they recommend other fiscal policies to compensate earlier generations for their sacrifice.) In light of their results, one could quite justifiably argue, “I oppose a carbon tax – I’m doing it for the children.”

This discussion underlines a general feature of the climate change debate. Over time, people naturally grow wealthier as the economy develops. So when certain projections point to damages – even large damages – that won’t occur for 50 or 100 years into the future, those problems will hit people who are much wealthier than we are today.

For example, from another recent IPCC report, we learn that in the year 2000 there were an estimated 147.9 million undernourished children under the age of five in the world. The report projects that by the year 2050, under unchecked climate change, the number would drop to 138.5 million (despite population growth). If there’s no climate change, they project the number would drop further to 113.3 million. So the projections imply climate change will increase the number of undernourished children in the year 2050, relative to the number with no climate change. The policy question, however, is whether attempts to prevent climate change would cause more malnutrition (through increased energy and food prices) than it would prevent. The economic analyses discussed above imply that this is a definite possibility.

Canadians tend to be very fact-oriented and desire policy solutions that do more good than harm. They should be wary of alarmism in the climate change debate, since the underlying research doesn’t support the extremely aggressive tax and regulation proposals now common among some pundits and policymakers.

Robert P. Murphy is a senior fellow at the Fraser Institute.