Diversity in Canada has the capacity to inspire the world 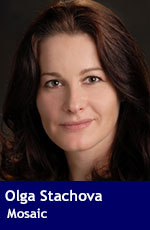 It’s a time of reckoning for Canada’s commitment to diversity and inclusion.

A new poll shows that many among us want to see the number of immigrants coming into our country lowered. According to the Angus Reid Institute, 49 per cent of surveyed Canadians want to see the federal government’s 2018 target of 310,000 immigrants reduced.

This statistic is both startling and revealing because this is the first time since Justin Trudeau became prime minister that such a large number of Canadians are saying there should be fewer immigrants to Canada.

The Liberal government under Trudeau has raised the target for new permanent residents from approximately 250,000 under the former Conservative government of then-prime minister Stephen Harper. The target for 2017 was 300,000, rising to 310,000 for this year and increasing incrementally in the coming years to 340,000 in 2020.

Extrapolate this poll finding and you’ll discover a troubling consensus building across the political spectrum. Past Conservative voters are most critical of immigration levels, and past Liberal supporters are four times more likely to prefer a reduction to an increase, as are past NDP voters.

What’s even more of a concern is that Canadians seem to be shying away from providing hope and a safe haven for the world’s most vulnerable.

While the global refugee crisis exacerbates and the need for humanitarian aid increases, a significant number want to see Canada’s helping hand pulled back.

Conversely and encouragingly, the other half of Canadians say we should accept more refugees and humanitarian-class immigrants, or at least maintain the current levels.

While the politics of hate and division continue to be fuelled by the current leadership of our southern neighbour and by the far-right movements in Europe, it’s imperative for our political leaders to continue being strong custodians of Canada’s pluralistic identity.

This new poll shows a fraying of our commitment to diversity and inclusion.

It’s also a clarion call that we can’t take diversity and inclusion for granted.

If we want to continue to stand out as a beacon of pluralistic values, we need to find out why an increasing number of Canadians want to shut the door on newcomers.

At the same time, we need to empower the other half of Canadians whose thoughts, words and actions personify that diversity is Canada’s main strength.

If we help Canadians consider perspectives other than their own and encourage civil debate, it will broaden the basis for critical thought and promote cultural understanding.

It will also bring attention to Canadian competencies that have helped remove racial tensions and barriers to entry into the job market, and the development of policies on integration, immigration and acceptance of refugees.

Our pluralistic values didn’t happen by accident. And they won’t continue without concerted and increased efforts to showcase civility over divisiveness, compassion over tolerance, and love over hatred.

That will illustrate that Canadians cherish the fact that the strength of any majority is how it treats its established minorities and newcomers.

And it will ultimately show that diversity in Canada has the capacity to inspire the world.

Olga Stachova is the chief executive officer of the Multi-lingual Orientation Service Association for Immigrant Communities (MOSAIC), which has served immigrant, newcomer and refugee communities in Metro Vancouver for the past 42 years.

Olga Stachova is the CEO of MOSAIC. She joined MOSAIC after a long career as Chief Operating Officer at Mitacs, a national non-profit organization delivering research and training programs to graduate and postgraduate students in Canada through partnerships with the private sector and the federal and provincial governments.