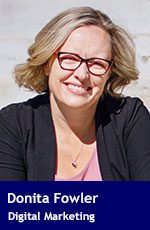 In the midst of the COVID-19 pandemic, it’s important to understand online platforms even more.

A couple of weeks ago we talked about Linkedin and how it applies to online business.

Twitter was founded in March 2006. Twitter is publicly traded and has three top shareholders. Get ready to read about millions and billions of dollars.

How many users are on Twitter and how many are active?

Twitter has over 330 million active users. And 45 per cent of these are on the platform daily, so around 145 million daily users, according to Twitter in 2019.

This one is a little bit different than Linkedin. Twitter is a really fast-moving entertainment train that everyone wants to try to get on and sing along. And sometimes it’s just fast and crowded.

Twitter is a way to communicate with other users with 280 characters or less.

When you post on Twitter, it is called a tweet. And it’s okay to use abbreviations, such as SMH (shaking my head) or LOL (laugh out loud) to get your point across.

The Twitter feed moves pretty fast, in part because there’s no grammar etiquette. You type fast, you use hashtags (keep reading to find out about these), you post and you scroll.

Some users starting out will tweet 10 to 15 times per day, just to get visibility with the fast-moving feed.

According to Fast Company, new users should post anywhere from five to 30 times a day, depending on what you want out of the account.

Who hangs out on this platform?

Twitter is a popular platform for breaking news, customer service and big events, just to name a few. About 63 per cent of users are between 35 and 65 years of age, according to Twitter. So it’s a pretty diverse platform.

And you can apply to be Twitter verified, which apparently can offer other business benefits.

Twitter uses hashtags (#), which make the platform very searchable if you’re looking for something specific. Let me give you an example:

I was recently at a local Chamber of Commerce business networking event and I wanted to know who else was there – and what everyone was excited about for the day. So I typed in #smallbusinessweekcalgary and #smallbusinessweekyyc in my Twitter search bar and it brought up all sorts of information. There were links to other events, I was able to connect with a client at the event I was at, and I was able to let my audience know where I was with a tweet saying: #smallbusinessweekyyc hanging out with #entrepreneurs and rockstars 💥. Let me know what’s going on…..@VinceFowler @TWTGroupInc @TheWriteHarle @Quan_Ly

I also tagged other entrepreneurs (with the @[name]) who might be at the event and would have people in their network who would be at the event. So my tweet gets more visibility and I’ll now show up in the #hashtag searches.

Most organizations have hashtags for events they plan and that helps make the event very public. It’s usually on their event page or landing page, or you can ask the organizer. (That might also prompt them into creating a # … very proactive of you.) Typing that #hashtag into the Twitter search bar will bring up all sorts of information about the event. News and events are really prominent on anyone’s Twitter feed.

I didn’t get very deep into #hashtags here but I will be in the months to come, so stay curious.

Hopefully, if you were new to Twitter you now know what you’re getting into. If you’re thinking of using this platform for business, ask yourself these two questions:

If you answered yes to either question, you could explore Twitter as a business tool. There are a lot of amazing resources out there to help you get set up and tweeting.

Donita Fowler is an online marketer who supports entrepreneurs in their quest to be the boss of their online platforms.

Donita is a Troy Media contributor. Why aren’t you?

Donita Fowler is an online marketer who supports entrepreneurs in their quest to be the boss of their online platforms.