We need to scrap corporate welfare in order to restore Canada’s business tax advantage over the U.S. 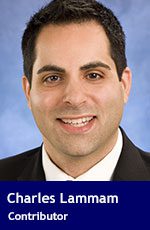 It’s been more than two months since federal Finance Minister Bill Morneau said he would study Canada’s crumbling business tax advantage – while cautioning against any “impulsive” measures in response to tax changes south of the border that overnight wiped away a decade-plus business tax advantage over the United States.

Yet, despite a chorus of warnings from business leaders and economists, politicians across the country seem unwilling to admit that recent U.S. tax reforms have created a problem for Canada.

In reality, however, Canada’s declining competitiveness – especially vis-à-vis the U.S. – poses a real threat to the long-term prosperity of Canadians. As our country becomes a less attractive place to invest, we risk losing investment dollars – and the resultant economic benefits such as increased employment, gains in worker productivity and ultimately higher wages – to more hospitable jurisdictions.

As of last year, Canada’s federal-provincial combined statutory corporate tax rate was 26.6 per cent, compared to 39.1 per cent in the U.S. And when considering the effective tax rate on new investment – a broader measure of business tax competitiveness, which includes input taxes, credits and deductions – the rate gap was even greater (Canada’s 20.9 per cent versus 34.6 per cent in the U.S., according to calculations by University of Calgary economists).

That advantage is now gone. U.S. tax reforms lowered the federal statutory corporate income tax rate from 35 per cent to 21 per cent, allowed immediate expensing of capital investment, and created incentives to move overseas profits to the U.S. Together, these changes dramatically reduced the effective tax rate on new investment in the U.S. to 18.8 per cent, bringing the U.S. rate below Canada’s (again, 20.9 per cent) for the first time in well over a decade.

Without a business tax advantage, Canada will have a harder time attracting investment since the country is already hampered by higher personal income tax rates on professionals and entrepreneurs, a growing regulatory burden and a smaller market relative to the U.S.

But Canada can regain its business tax advantage without requiring Ottawa or the provinces to dig deeper into debt. So what’s this silver bullet?

Scrap corporate welfare and use the fiscal room to cut corporate tax rates.

Business subsidies distort the economy by giving advantages to particular businesses or industries, putting businesses that may be otherwise more innovative or productive (but lack the contacts or political clout to receive subsidies) at a disadvantage. Academic evidence finds that corporate welfare generally doesn’t stimulate the overall economy. Instead, it redirects resources from particular businesses or industries to those favoured by government.

Business subsidies can also irritate our trading partners, threatening Canadian access to foreign markets such as the U.S.

Charles Lammam is director of fiscal studies at the Fraser Institute.

Charles Lammam was director of fiscal studies at the Fraser Institute.