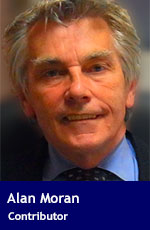 The conservative Liberal-National Coalition went to the Australian election on May 18 as a minority government. All opinion polls saw the Labor Party gaining a majority in the 151-seat lower house.

But the coalition was returned with a firm majority under Prime Minister Scott Morrison, who was recently installed after bitter leadership battles.

The Labor Party and their de facto Green allies promised funding and new regulations including:

There was no area where the Labor Party would offer less regulation or lower spending than the conservatives. Even, when late in the campaign the coalition announced a new home buyers’ subsidy, Labor promptly matched it.

But there were two matters on which the Labor/Green bloc proved to be vulnerable.

The first of these concerned climate change. Labor focused heavily on this and vested interests GetUp and other agitators spent vast sums and recruited hundreds of activists to support additional regulations to replace coal, which supplies 70 per cent of electricity generation, with wind, solar and batteries. The campaigns also sought to inhibit new coal mines (coal represents almost one-fifth of exports) and to prevent agricultural land clearing.

The ostensibly unaffiliated campaigners focused on a few seats held by those coalition politicians they hated most. They were, however, only successful in replacing one, former prime minister Tony Abbott, with a supposed independent.

In his concession speech, Abbott drew attention to key weakness in the green left campaign generally. He pointed to a divide between “working” areas and those like his own, where environmentally liberal, affluent “doctors’ wives” are more numerous.

In winning Abbott’s seat and making incursions into other such affluent constituencies, the activist’s campaign brought unwanted baggage in other seats. Labor and the Greens were unable to explain how additional regulations would not exacerbate the policies that have converted Australian electricity from the world’s cheapest to among its dearest.

Similarly, in pleasing affluent inner urbanites by attacking coal mining and farming, the Labor/Green alliance antagonized those in the “working” areas who saw employment opportunities threatened. The result was a loss of seats in Queensland where Labor had expected gains.

But a second set of Labor policies, involving tax increases to finance the spending plans, may have been even more important. Among the tax increases was a raid on individuals’ retirement incomes, building upon a more limited measure that the coalition had already introduced. Another negative for Labor was its intent to remove tax deductibility for rental housing investments.

Morrison’s victory had no Trumpian – or even Doug Ford or Jason Kenney – dimension.

Arguably because of inadequate control of parliament, the coalition, in office since 2013, has rolled back no spending initiative of its Labor predecessors.

Though the coalition (under Abbott) abolished a carbon tax, it ratified the Paris climate agreement and requires 23 per cent of electricity to be generated by renewables (only about seven per cent of this is unsubsidized hydroelectricity). Though less than the Labor Party’s 50 per cent renewable goal, the coalition also has plans to spend at least $5 billion on a hopelessly non-commercial pumped hydro facility to offset the inherent unreliability of renewables. Additionally, it has earmarked $500 million to study the Great Barrier Reef, which, contrary to activists’ hysteria, is in no danger from climate change, even if that were taking place.

The returned Morrison government, if it were inclined to seek expenditure cutting and deregulatory policies, will remain constrained in parliament and by its own perception that voters oppose rolling back the nation’s costly climate change policies.

Though the government may support additional coal-fired electricity generation to offset the unreliability of wind and solar, the fact that such support is necessary in the first place speaks volumes about the sovereign risk imposed by the politics of energy.

In short, the victory reprieves rather than reverses the march of big spending government with accumulating environmental regulations.

Alan Moran is a research associate at the Frontier Centre for Public Policy. He is based in Melbourne, Australia, and specializes in the economics of regulation. His latest book is Climate Change: Treaties and Policies in the Trump Era.