Something changed for the Liberals the night of ‘elbowgate’

When the prime minister intentionally grabbed and yanked the Conservative whip, it met the Criminal Code definition of assault 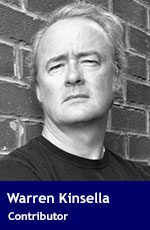 On the night in question, I was at an event in Toronto honouring Sen. Murray Sinclair. As it was getting underway, I received a text message from one of the members of Parliament who had been at the very centre of it all.

“He should not have been out of his seat,” the text said. “This was a big error on his part.”

The “error” was an actual physical confrontation on the floor of the House of Commons, just like the ones they have in the Taiwanese Parliament. The “he” was the Prime Minister of Canada, Justin Trudeau.

Until former Justice Sinclair spoke, everyone in the room stared at their devices, periodically shaking their heads in wonder. Ten observations, from afar:

Something changed rather dramatically, last Wednesday night. For Justin Trudeau, none of it was good.